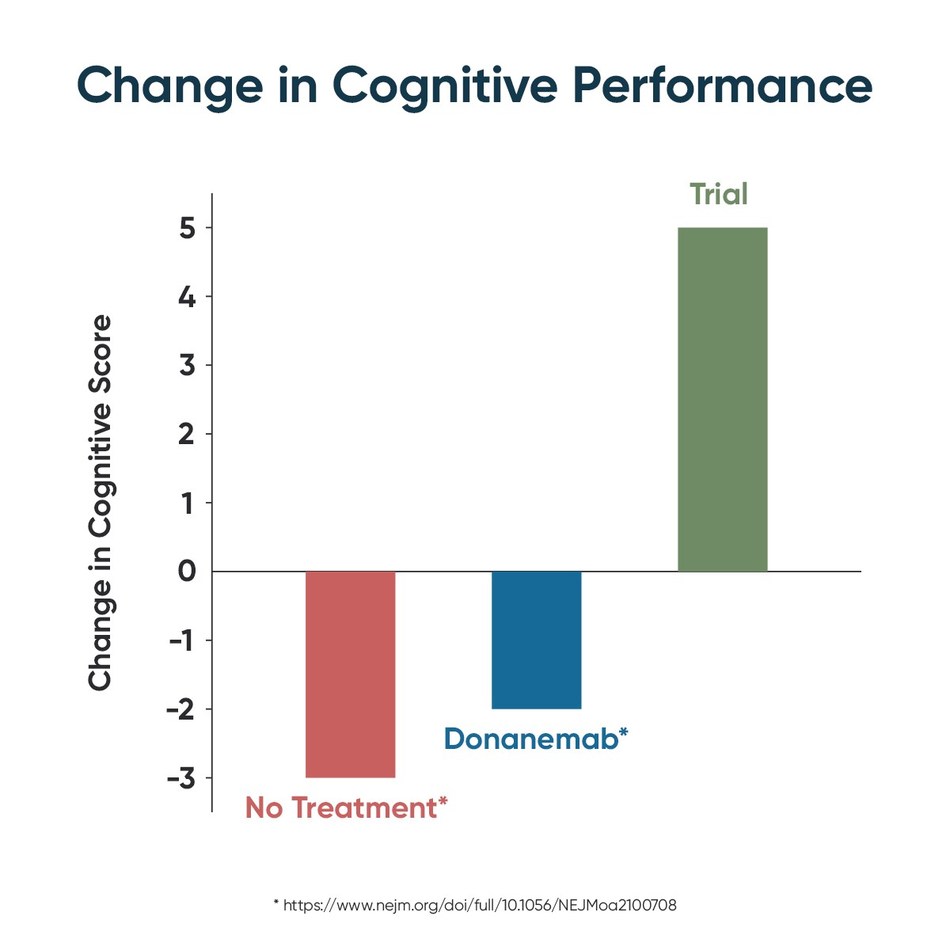 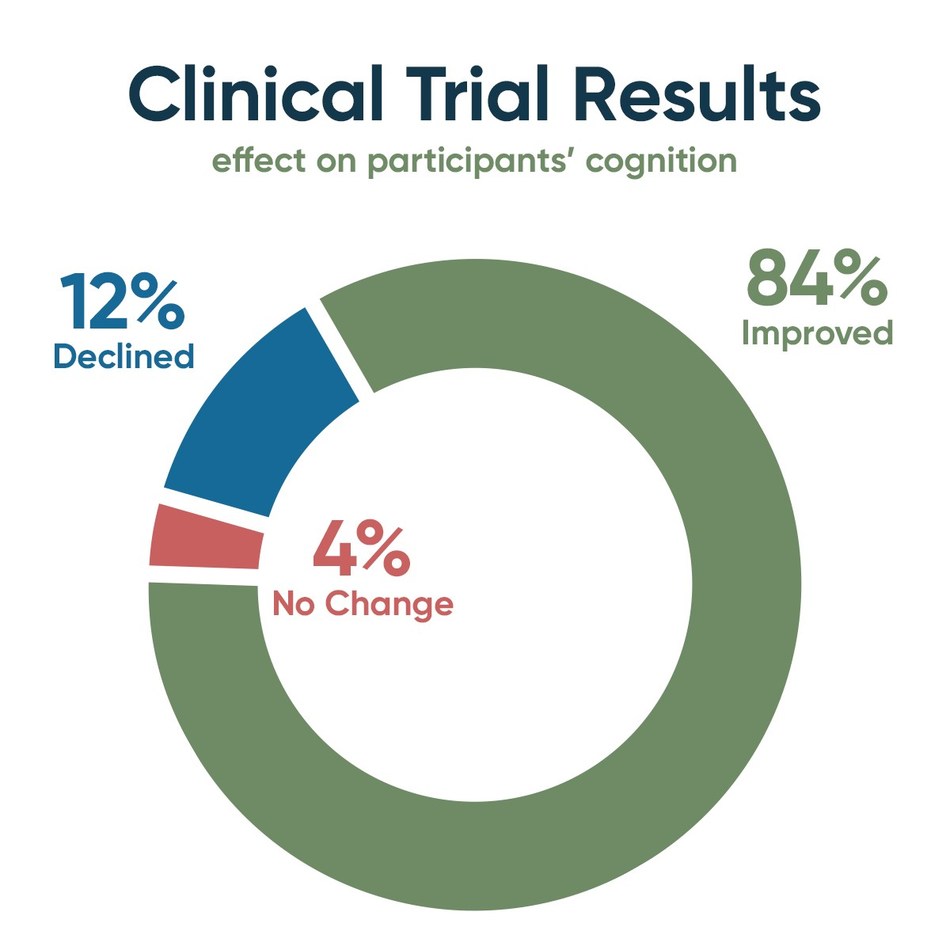 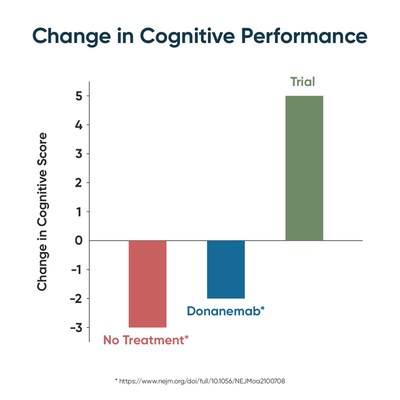 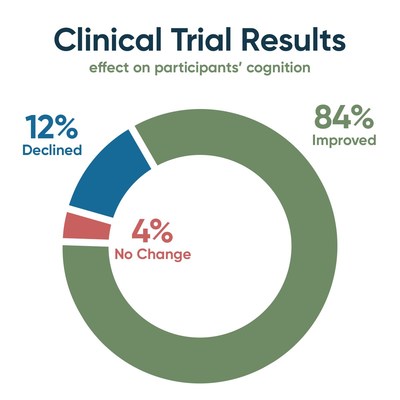 BURLINGAME, Calif., May 13, 2021 /PRNewswire/ -- Pharmaceutical trials for Alzheimer's have failed repeatedly, but a new study, using a fundamentally different approach, has provided the first success: using precision medicine to identify and target the drivers of Alzheimer's or pre-Alzheimer's in each patient, a team of physicians and researchers has posted exciting, positive results in medRxiv, the Yale-backed site for health sciences.

Until now, therapeutic development for Alzheimer's disease has been almost uniformly unsuccessful, with over 400 failed clinical trials. The few "successes" (e.g., memantine) have not offered sustained improvement. For example, the recent claim of a positive trial for the drug candidate donanemab did not show cognitive improvement, nor even stabilization of dementia, but merely reduced the rate of progression by about one-third. Arguably, the greatest failure of medical treatments to date is in neurodegenerative diseases like Alzheimer's and Lou Gehrig's disease; about 45 million Americans are projected to die from Alzheimer's if effective treatment and prevention are not developed.

Posted in medRxiv on May 11th, the study, entitled Precision Medicine Approach to Alzheimer's Disease: Successful Proof-of-Concept Trial, used deeper dives into each patient's genetics and biomarkers in order to derive the optimal personalized, precision medicine protocol for each. The study was led by three integrative physicians—Drs. Kat Toups, Ann Hathaway, and Deborah Gordon—along with Dr. Dale Bredesen, a professor at UCLA.

More on The Californer
Their proof-of-concept trial included 25 participants, aged 50 to 76, all with MCI (pre-Alzheimer's) or early-stage dementia. Each patient was assessed for multiple potential contributors — inflammation, insulin resistance, nutrient and hormonal deficiencies, specific pathogens, toxicants, and biotoxins, as well as genetics— then treated with a personalized protocol that was continued for nine months. This is the same approach used by Apollo Health, which has developed software and programs to optimize the precision medicine protocol for cognitive decline. Addressing the presumptive root causes of the cognitive decline with this type of functional medicine approach has previously led to publications of anecdotal "case study" improvements, including Reversal of Cognitive Decline: 100 patients, but this is the first prospective clinical trial.

More on The Californer
These strongly positive results support the view that identifying and treating the contributors to cognitive decline for each patient, with a personalized protocol, represents an effective treatment approach for patients with MCI or early dementia. The report concluded that a larger, randomized controlled trial is warranted, and this follow-up study is already in the works. The results reported by the group offer genuine hope to the millions of people with dementia or mild cognitive impairment, as well as those at risk due to family histories of dementia.