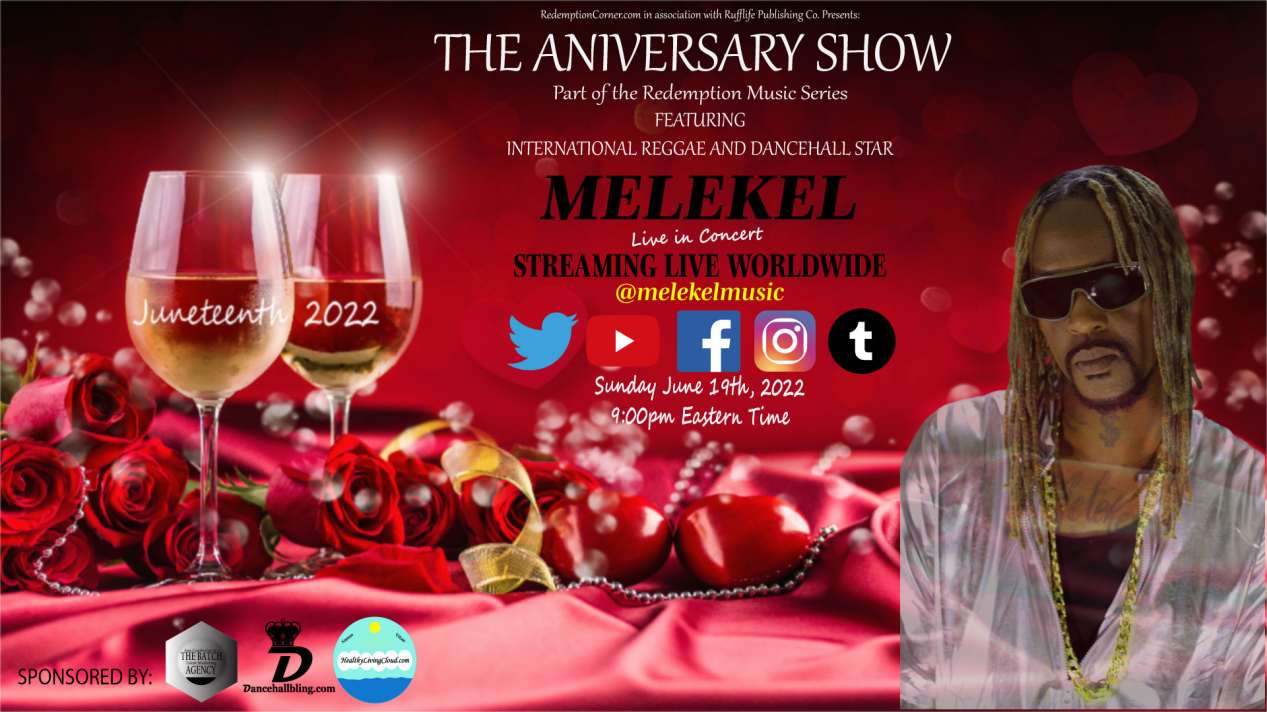 Part of the redemption music series, featuring international reggae and dancehall star Melekel
HOLLYWOOD, Calif. - Californer -- As the world strives to emerge, from the lingering and devastating effects of the Covid-19 Pandemic, art and science continue to evolve with the changes in tide. Although fans are returning to multiple outdoor venues, to catch a glimpse of their favorite artist, or to eat at the most popular restaurant in town; it appears to be in limited numbers as many are still reluctant to crowds. Analysts suggest, that sixty to seventy percent of fans still prefer to watch a live streamed show.

The wide availability of tools which can facilitate the live quality broadcast of an event from anywhere around the world, have dramatically changed the way we perceive live entertainment. Advances in technology and AI; have made it possible for the average consumer to access high efficiency video equipment, at reasonable prices, while ushering a new period in our social timeline; known, as the era of the content creator. Based on the diverse spectrum of consumers amongst the world population, it seems apparent that there is something for everyone.

More on The Californer
Full100publishing.com, a Rufflife Publishing Company, is a BMI affiliate that has been releasing Reggae and Dancehall music for more than twenty years. As part of a wider trend by music publishers, Full100publishing.com in collaboration with The Batch Talent Agency will present the first edition of the live streamed Redemption Music Series, entitled The Anniversary Show, on June 19th, 2022; featuring International Reggae and Dancehall Star Melekel. The event will stream live simultaneously on multiple platforms like You Tube, Twitter, Twitch and Facebook, beginning at 9:00 Pm Eastern Time and 6:00 Pm Pacific Time.

Streaming live shows is here to stay, and the demand for them by fans is more likely to increase going forward. The anniversary Show will broadcast on Juneteenth, from a venue known as Redemption Corner and will aim to present the art form in an urban setting, with an emphasis on inspiration, spirituality, and culture.