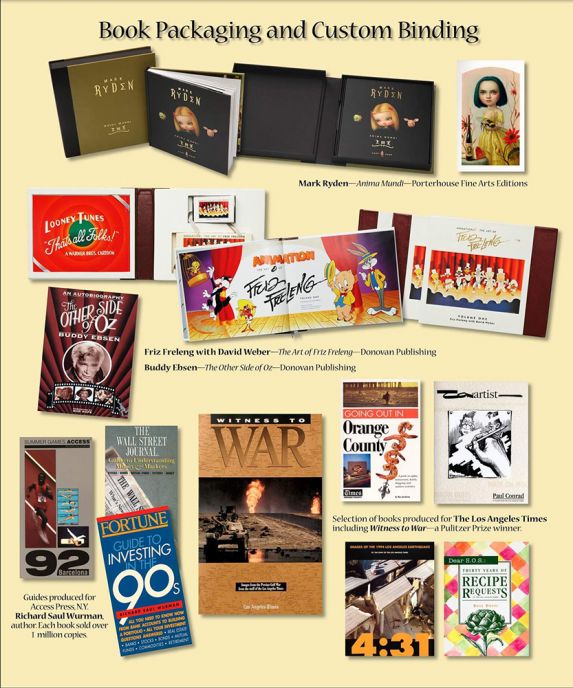 GM Books helps authors get their books on the market faster!
BEVERLY HILLS, Calif. - Californer -- William Dorich was a pioneer in Independent Publishing in 1984. His own unfortunate experience with a major publisher was the impetus in creating GM Books. He has written 10 books, 6 on Balkan history, politics and music.  His best-selling titles include, Defeat Foreclosure, The Nursing Home Crisis, and Serbia: Faces & Places.

GM Books works closely with both first-time as well as experienced authors and provides the support in turning manuscripts into books, avoiding the rejection letters and delays from major publishers. By working with GM Books, the author becomes a participant in the publishing process in which small quantity press runs are treated with the same attention as large quantities. The author is given three choices of compensation, Collaborative giving the author a 50% royalty; Hybrid at 30% and traditional publishing with a 10% royalty.

Anita and William Dorich formed GMbooks.com when their independent publishing company was a cottage industry.  In the early 1990's, GM was the first publisher of eBooks on CD Disks in California with 9 digital camera eBooks by author Peter iNova. Two  of them were best-sellers.  In 2008, GM was first to publish a "press & play" children's book, This Bible Talks by Pamela Fisher. GMBooks introduced "open-flat" perfect bound books to the California market with The Road Atlas by Richard Saul Wurman. GM then went on to produced 48 city guide titles with Richard Wurman under his Access Press trademark.

More on The Californer
GM's innovative approach to first-time authors and the concept of Collaborative and Hybrid Publishing has a proud history of over 900 titles including: Witness to War: Images of the Persian Gulf War  which won a Pulitzer prize for The Los Angeles Times. Media Cleansing: Dirty Reporting on the Bosnian Civil War by award winning journalist Peter Brock, Nuclear Lies, Deceptions and Hypocrisies by Nuclear Scientist, Mehdi Sarram, published in 2015, three weeks before President Obama signed the Nuclear Agreement with Iran.

Noteworthy titles include: The 1984 Los Angeles Summer Games for ARCO, The Calgary Winter Games for ABC Sports; The Barcelona Summer Games for Simon & Schuster, Understanding Money and Markets for the Wall Street Journal, and Investing in the 90's for Fortune Magazine—all Best-Sellers.