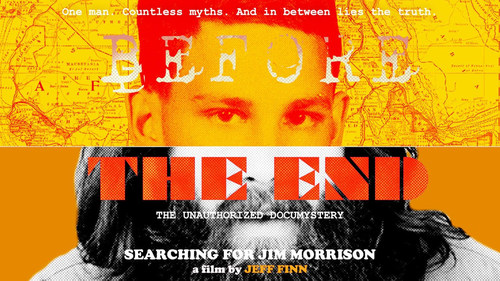 That question has haunted Jeff Finn since 1985, when he first researched the infamous vocalist and lyricist of legendary 1960s rock band, The Doors. Finn is the writer, director and narrator of Before the End: Searching for Jim Morrison (BTE), a forthcoming limited film series that rips the hinges off Morrison's purported official story.

Z-Machine, Finn's indie production company, has released a new extended preview of his hard-boiled but empathic "documystery." Like a DNA-era Sherlock Holmes, Finn deconstructs Morrison's quicksilver existence from his 1943 birth in Melbourne, Florida to his reported death at age 27 in Paris, France in 1971.

More on The Californer
"No autopsy. Sealed coffin. Phantom doctor. Jim's death was never proven, yet everyone takes it as gospel," Finn states. "Deciphering his life became my calling. BTE is unauthorized because there's the 'truth' and then there's the real truth."

Nine years in the making, Before the End is a Day-Glo trip down the Morrison rabbit hole that cuts through 50 years of myth like a power washer blasting away rock god graffiti.

"Jim's legacy morphed into a marble bust stolen from a beer-stained grave, but he was brilliant - not the wasted narcissist of his clichéd media caricature," explains Finn. "With BTE, I'm excavating the human Jim Morrison: a seminal poet, artist and revenant. I've also unearthed his darkest secrets, which are beyond strange, like real-life Twin Peaks."

"Just as Statler's movie is about Cobain, not Nirvana, my film is about Morrison, not the Doors," explains Finn. "The band played a large part in Jim's life, but he lived 21 years prior to forming the Doors. Before the End is a figurative and literal search for James Douglas Morrison's truest truth."