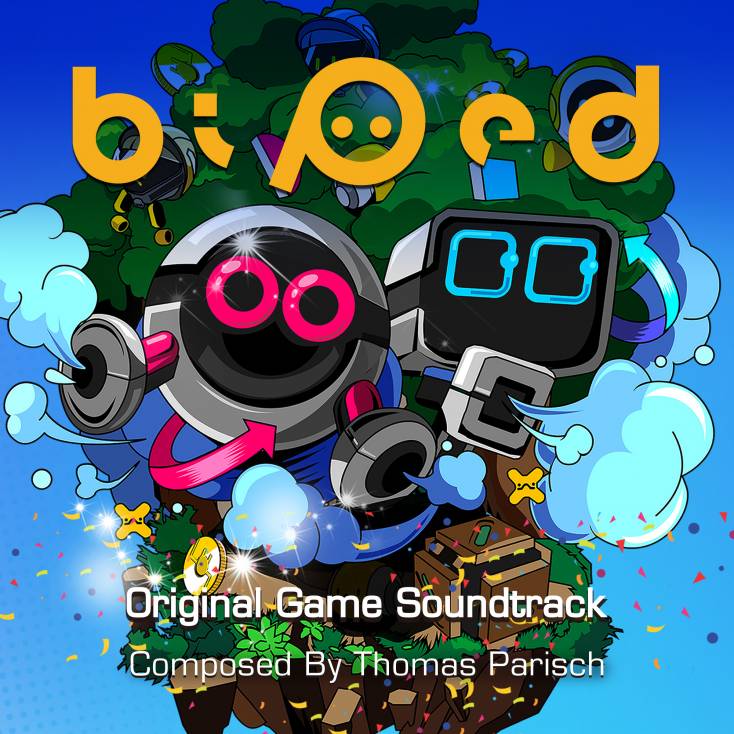 LOS ANGELES - Californer -- Composer Thomas Parisch will be scoring the upcoming co-op action video game, Biped from NExT Studios. NExT Studios is the developer behind the hit game, Bladed Fury.  Biped will be released March 27, 2020 on Steam followed by Sony PS4, Nintendo Switch and WeGame later this year. Some of Parisch's other credits include Capcom's Resident Evil 6, NExT Studios' Iris Fall, Honor of Kings, Iron Knight, Moonlight Blade and The Legend of Xuan Yuan, all by Tencent. Also performing on the Biped score is flutist Pedro Eustache.

When asked about scoring the game Parisch says, "It was pure joy to musically accompany those charming robots on their journey. Everything from game play to artwork is very playful and lighthearted so I tried a similar approach to the music using quite a bit of improvisation and open form. Also, since there are two very different worlds meeting, the plugged-in electric robot world and the organic world of planet earth, I drew from eclectic sources ranging from experimental electronic music to jazz and world music. Fusing these styles was challenging at times but allowed for a lot of colors and was simply a lot of fun."

More on The Californer
ABOUT THOMAS PARISCH
A German native making his home in Los Angeles since 2008, Thomas' work as a composer is a kaleidoscope of European tradition, world music, jazz, and the modern scoring techniques of Hollywood, all which have paved the way for him in becoming a leading musical creative for the Chinese-based video game industry. His passion to synthesize new forms of musical expression combined with his love for storytelling made him the perfect fit to join Vivita Zheng as creative director and composer at Unisonar, a company specializing in music publishing and custom music producing. Unisonar's main mission is bridging cultural boundaries through music.

Thomas' award-winning credits are as diverse as they come with music for video games, film, television, and concert halls. A passionate musical storyteller, his compositions with Unisonar quickly established his tenured role as a key composer for Tencent, the world's biggest video game company by revenue. Other clients include NBC, Disney, and TF1 (Europe's most viewed TV network). He has also collaborated with artists such as Childish Gambino, and his concert work as been performed at festivals like the HEAR NOW Music Festival. Thomas received his education in Germany, Berklee College of Music, and at USC.

Filed Under: Games
0 Comments
Latest on The Californer