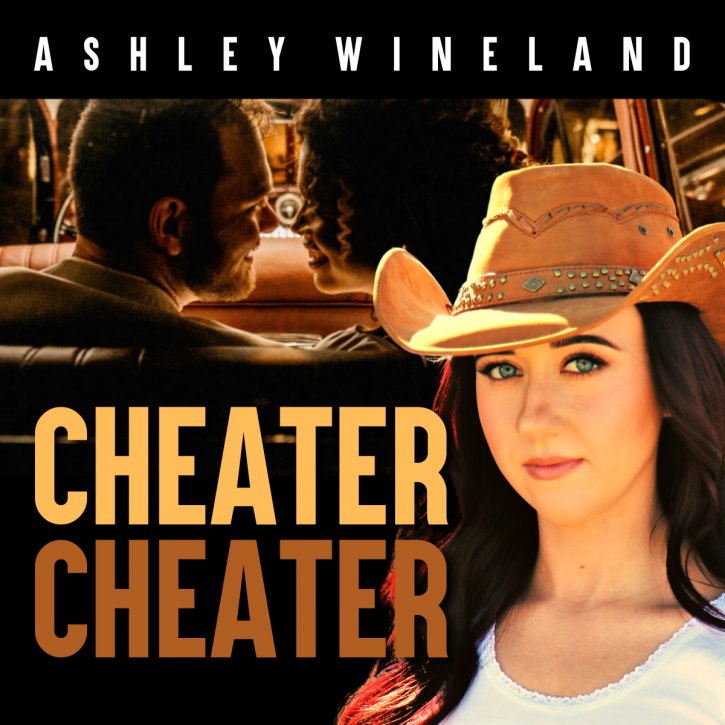 NASHVILLE, Tenn. & GLENDALE, Ariz. - Californer -- It has been announced by her management team that country music singer/songwriter Ashley Wineland will be releasing the next single from her upcoming album "I'm Gonna Ride." The original track is titled "Cheater Cheater" and it will be available on all music service outlets on Wednesday, May 18, 2022.

Regarding "Cheater Cheater," Wineland states, "I had so much fun writing this song. Even though the story is about a heartbreaking situation, it was a nice change to present that story with a fun tone. I was inspired to play off of the common phrase, 'Cheater, cheater, pumpkin eater.' How could we not have fun with that? It's sassy, fun, and everything you work hard to get back to after someone has treated your heart like dirt. My hope is that people sing this song at the top of their lungs in their car like I did as I was writing it."

Wineland embarked on a multi-state tour on April 23, 2022. You can view her entire tour schedule at her website www.ashleywineland.com.

More on The Californer
With several national tours under her belt that captivated audiences across the U.S., Ashley Wineland has become a favorite at venues and festivals, a frequent guest on television and radio shows alike, and is often the subject of newspapers, magazine articles, and top music blogs. Her voracious vocals, relatable demeanor, and soulful sound have left an indelible impression. Along the way in her musical journey, this diminutive girl-next-door with a voice and heart as vast and vibrant as the Arizona desert has amassed a dedicated global fanbase, along with a colossal following of over 800K on social media. Possessing the impassioned spirit of an old-world troubadour, Ashley's enthralling songs strike a chord of authenticity while capturing the heartbeat of the heartland.

For media inquiries and interviews, contact Kiki Plesha at kiki@ashleywineland.com.