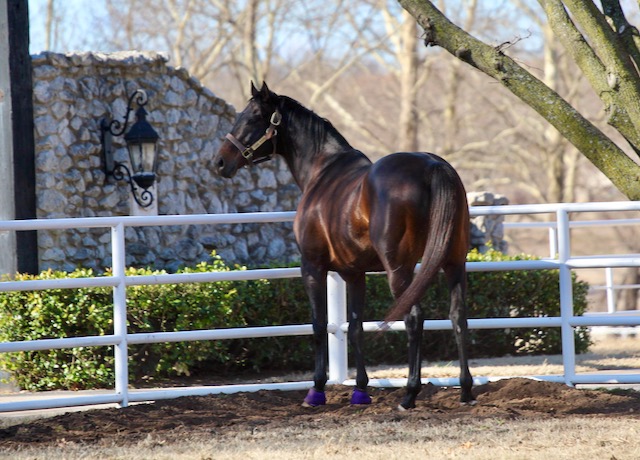 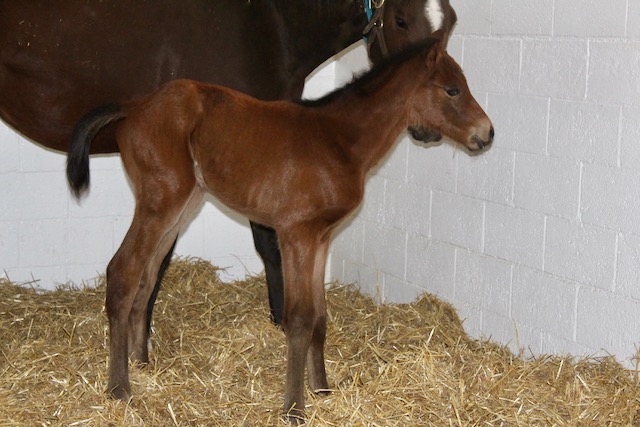 Winner of $828,727 on track, now ventures to new career as Oklahoma Stallion.
PURCELL, Okla. - Californer -- The first foal from the stallion, Code West was foaled early this morning at WestWin Farms.  Sephora, the dam of the colt who was foaled at 4:03 AM, was acquired by Code West's owner, Bryan Hawk, at the Heritage Place Fall Mixed Sale, in foal to Code West.  Sephora's second dam is Savannah Dancer, was purchased for $2.5 million dollars at the Keeneland July Yearling Sale, by Allen Paulson.  She was a multiple stakes winner for Ron McAnally finishing second against the boys in the Hollywood Derby (G1).

Code West was trained early in his career by Bob Baffert.  The Virginia bred son of Lemon Drop Kid, broke his maiden at Santa Anita in the fall of 2012. After that he was aimed toward the Triple Crown trail via Fair Grounds Racecourse, where he was second in the G2 Risen Star, defeating the Preakness and Belmont Stakes winners, Oxbow and Palace Malice.  While in training with Bob Baffert, he won the G3 Matt Winn stakes at Churchill Downs.  The following year, Code West was acquired by Bryan Hawk from the West's and transferred to the barn of Boyd Caster.

More on The Californer
Code West made his first start for the new connections a winning one taking the Governor's Cup Stakes at Remington Park. Code West went on to be a solid runner in the midwest taking several stakes on the circuit.  His final race was a fourth place finish in the Jeffrey A. Hawk Memorial Stakes, a race named after Bryan's late brother.