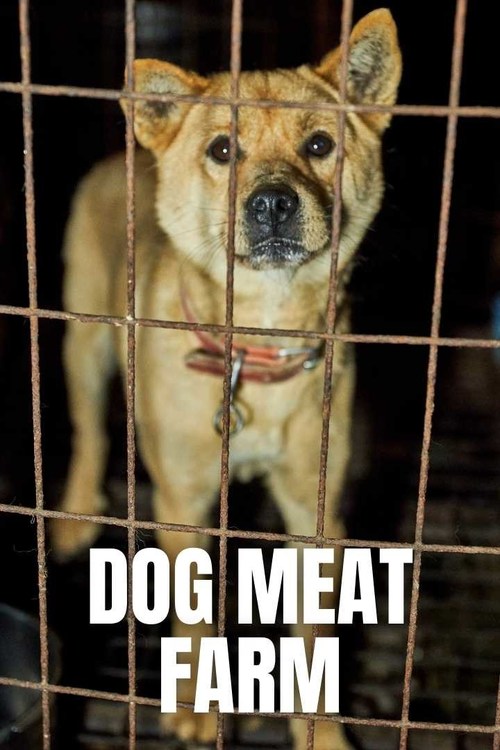 LCA's and ALW's investigation, which concluded in June 2022, focused on South Korea's Seongnam Moran Market, known as the mecca of dog meat. Investigators uncovered the brazen work of "middle merchants"  that travel by truck across South Korea, buying pet dogs from households, churches, and factories to be sold at auction houses. LCA and ALW investigations have proven dogs sold as carcasses in the Moran Market are being killed by electrocution, beating, and hanging, which is animal cruelty prohibited by South Korea's Animal Protection Act.

"The cruelty that these dogs continue to suffer is harrowing and heartbreaking," said Chris DeRose, President and Founder of LCA. "Drone footage captured slaughterers stabbing dogs repeatedly with electric prods. These dogs need our help. They need action. Seongnam City needs to take a decisive step toward preventing these heinous deaths by ending the sale of dog meat from Moran Market once and for all. Continued inaction is not acceptable."

More on The Californer
LCA's and ALW's drone footage captured trucks delivering dogs to the Ansan slaughterhouse. Stuffed in small wire cages, dogs suffer from injuries, shortness of breath, and sudden changes in body temperature during transport. Through its investigation, LCA and ALW also confirmed there are 10 shops in Moran Market that sell "dog meat" or "Bosintang," which is dog meat soup. Behind the scenes, there is still a nationwide network of middle merchants, as well as illegal slaughterhouses, auction houses, and farms.

"Dogs bred on meat farms, and pet dogs all meet the same fate," said Jiyen Lee, Founder of ALW. "They are electrocuted. They are beaten. They are tortured. The world is now calling on South Korea to shut down these illegal slaughterhouses and the industry that perpetuates deplorable acts of violence on man's best friend. Our leaders must heed this call."

This 2022 LCA and ALW investigation followed a previous eight-month undercover investigation in 2021 that resulted in lawsuits filed against two slaughterhouses and an auction house in Yeoju in Gyeonggi Province. The slaughterhouses were shut down. The auction house owner was fined a meager $4,000 but continues to operate due to inaction by Yeoju City officials. Investigations have demonstrated that facilities involved in the dog meat industry can easily continue operating as their annual revenue far exceeds the fines they are charged when caught violating the law.

More on The Californer
LCA and ALW are asking concerned citizens in the U.S. and abroad to sign a petition demanding an end to this brutality and calling on Shin Sang-jin, the Mayor of Seongnam City in South Korea, to permanently stop the sale of dog meat in the Seongnam Moran Market. The petition can be found by visiting: https://chng.it/zwSnrXkZHK

The undercover investigation video can be viewed here: https://youtu.be/iReegl91COI

Founded in 1984, Last Chance for Animals is an international, non-profit organization dedicated to eliminating animal exploitation through education, investigations, legislation, and media attention. LCA believes that animals are highly sentient creatures who exist for their own reasons independent of their service to humans; they should not be made to suffer for the latter. LCA opposes the use of animals in food and clothing production, scientific experimentation, and entertainment and promotes a cruelty-free lifestyle and the ascription of rights to non-human beings.

SOURCE Last Chance For Animals
Filed Under: Business
0 Comments
Latest on The Californer