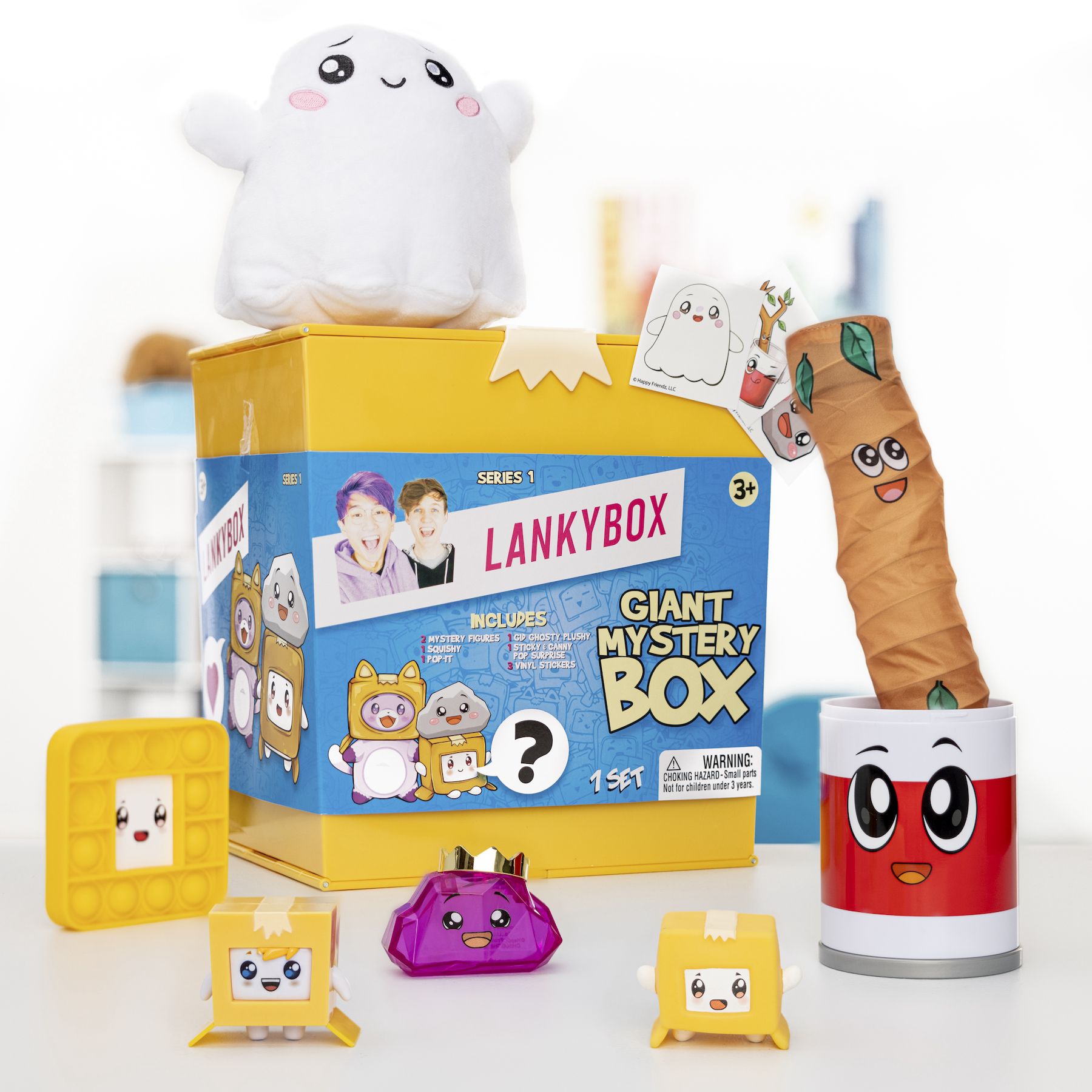 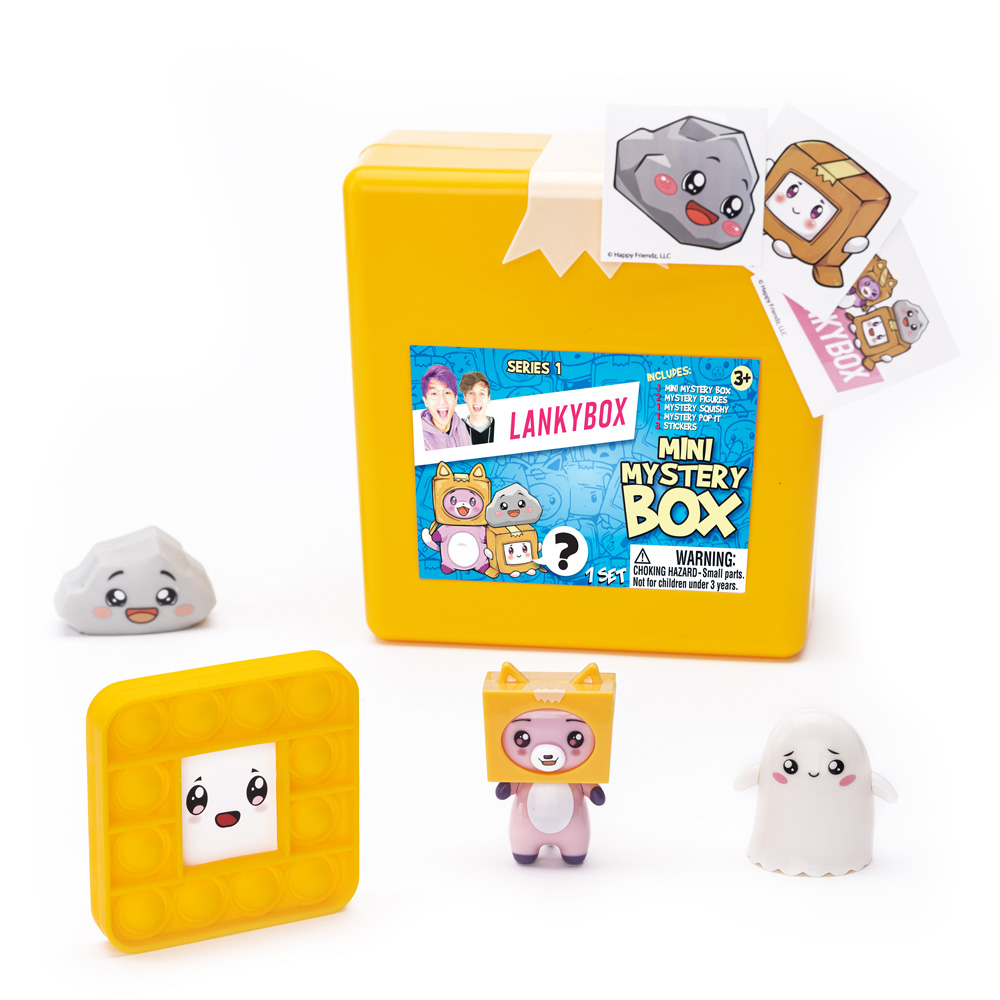 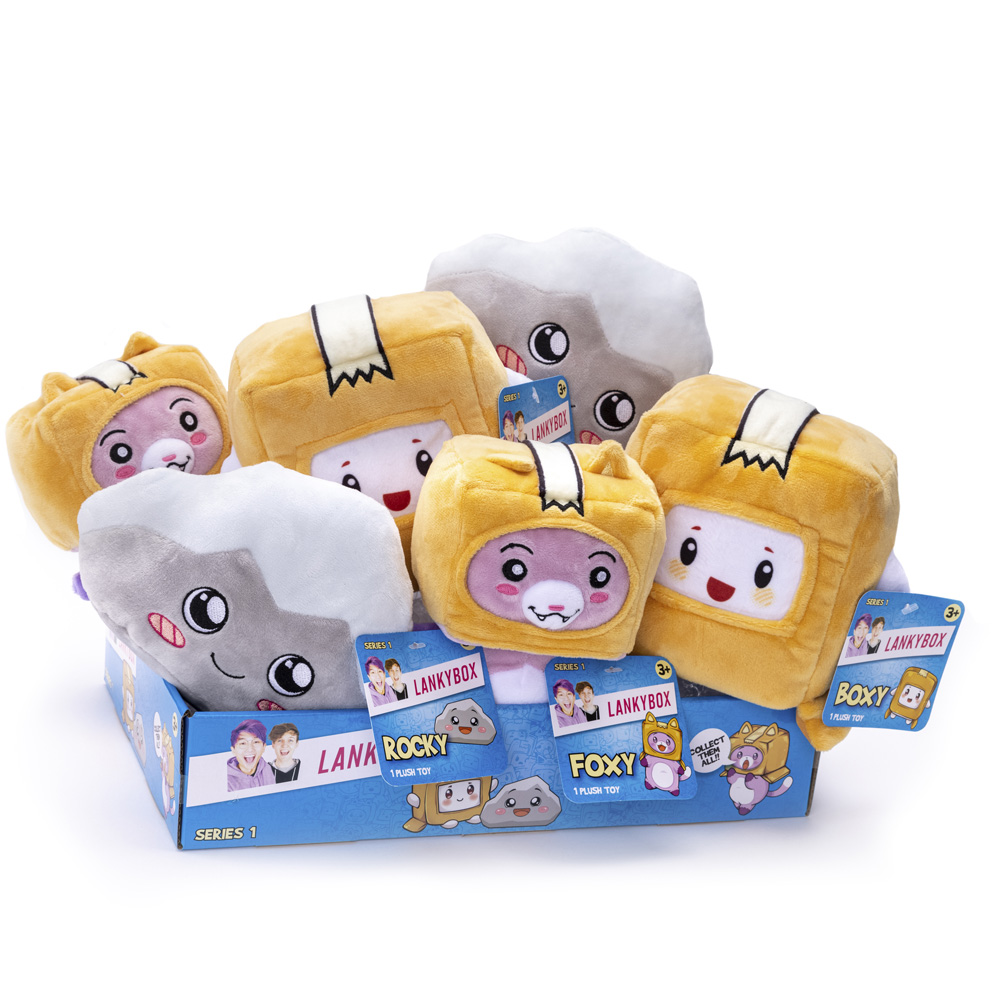 LankyBox toys arrive at major retailers including Walmart, Target & Amazon
SAN DIEGO - Californer -- LankyBox fans are receiving their greatest wish as the pair's first retail toy line, in partnership with Bonkers Toys, hits shelves and websites this month. LankyBox is the most viewed YouTube gaming duo in the world and is consistently one of the highest ranked channels by views in the U.S. (Tubefilter 2022). The high-energy stars, Justin and Adam, along with their cast of animated characters including Boxy, Foxy, and Rocky, create the ideal content to anchor a top-selling toy line. With over over 1.5 billion video views per month and 25 billion lifetime views, the LankyBox line is going to set the bar high for influencer-based collectibles.

The LankyBox toys at launch will include plush, mystery figures, squishies, the Mini Mystery Box, and the Giant Mystery Box filled with the fan-favorite characters and tons of themed surprises.

"Justin, Adam and the LankyBox crew are fantastic partners for Bonkers Toys," says Bonkers Toys President & CEO, Brian Bonnett. "We expect huge success at retail with the new toys as the combination of the LankyBox energy and massive fan base, along with Bonkers' product design expertise will make for a winning combination."

More on The Californer
The LankyBox toys will debut at major retailers in the U.S., Canada and the U.K. including Walmart, Target, Amazon, Claire's, and Smyth's.

"Having our toys at retail is a huge milestone for us," say Justin and Adam, founders of LankyBox. "We can't thank the fans enough for all of their amazing support and we are so excited to share this line with them."

Bonkers Toys has become known in the toy industry as the leader in YouTube and influencer inspired toys. Bonkers was the first licensee for Ryan's World, and continues to lead the way with digital entertainment brands including FGTeeV, Aphmau, LankyBox, Braille Skateboarding, Trinity & Beyond and slither.io. Bonkers Toys' lineup of award-winning toys have been featured on the TODAY Show, GMA, Parents, Good Housekeeping & NBC Nightly News.