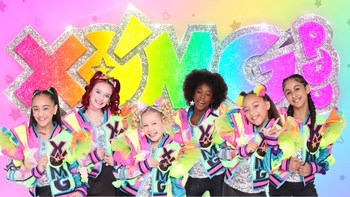 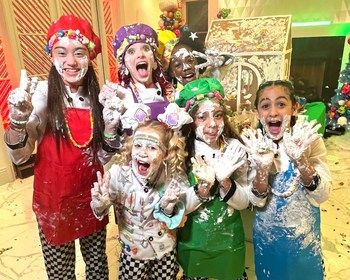 Jess & JoJo Siwa announced today the release of the new XOMG POP! live-action series while also sharing that their XOMG POP! all-girl group will be the opening act for the first-ever Children's & Family Emmy Awards.

The XOMG POP! group will debut their new highly anticipated live-action series, "THE XOMG POP! SHOW", on YouTube December 9th. The new series will kick off with a 30-minute holiday-themed special featuring musical numbers, and comedy skits as the group sings and dances to their take on popular Christmas songs. The holiday special is the first episode in the series with additional episodes launching in early 2023. "We are so excited to premiere the new series that we have been working so hard on, we have been a part of girl group shows on Disney Channel and Nickelodeon in the past, and are now ready to do our own series with XOMG POP!

More on The Californer
XOMG POP! released their first song, "Candy Hearts" in December 2021 and charted at #19 on iTunes. Since then, the group has gone on to release several more songs and music videos including "1234ever" and "That's What I'm About." The group appeared on numerous national television programs including: "The Ellen DeGeneres Show" and "America's Got Talent." Other upcoming projects include a XOMG POP! themed cruise, concert tour, feature film, and animated series. XOMG POP! will begin releasing a line of licensed products at major retailers across the USA beginning in Spring 2023. XOMG POP! was created by Jess & JoJo Siwa on their Emmy Award-nominated NBC Peacock reality show, "Siwa's Dance Pop Revolution." The XOMG POP! group consists of six members: Dallas Skye Gatson, Kinley Cunningham, Leigha Rose Sanderson, Brooklyn Pitts, Bella Cianni Llerena, and Tamara "Tinie T" Andreasyan. The group is built around inclusivity, female empowerment, and positivity.