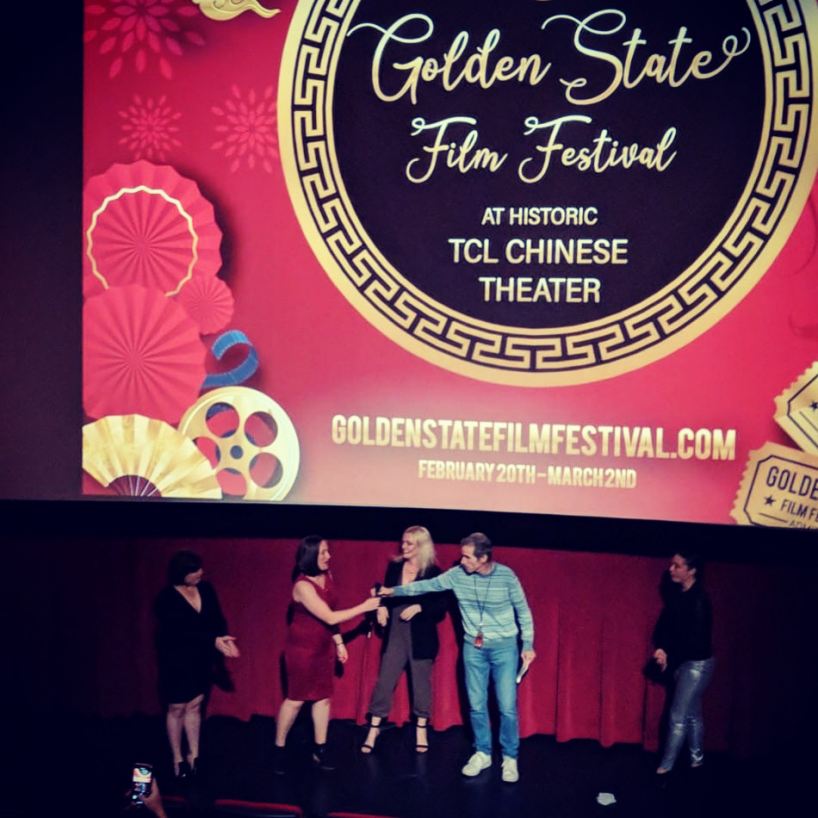 To the New Girl holds festival premiere at the TCL Chinese 6 theaters with the Golden State Film Festival.
HOLLYWOOD, Calif. - Californer -- To the New Girl, a bold anthology-style feature film that follows ten women scorned as they address their exes' new lovers during an open mic night, held its festival premiere last week at the historic TCL Chinese 6 Theaters as part of the Golden State Film Festival.

The festival premiere marks the latest achievement for the micro-budget project that was made by an all-women cast and creative team. The film was also highlighted this week with an interview and behind-the-scenes content as part of ABC10's Your California Life for their coverage of Women's History Month.

More on The Californer
"We're so excited to finally see this project with an audience, and to get such positive feedback," said producer Laura Hunter Drago. "Playing at the Chinese 6 was a big dream of mine, so being part of this festival was very special."

The film is based on a critically acclaimed play of the same name, written by Samantha Macher. Macher said, "We're also really pleased that the movie is getting noticed by news outlets, especially in connection with Women's History Month because this project was really about bringing a group of up-and-coming female filmmakers together."

To the New Girl is set for release on VOD in summer 2020. For more information, follow the film on Instagram.