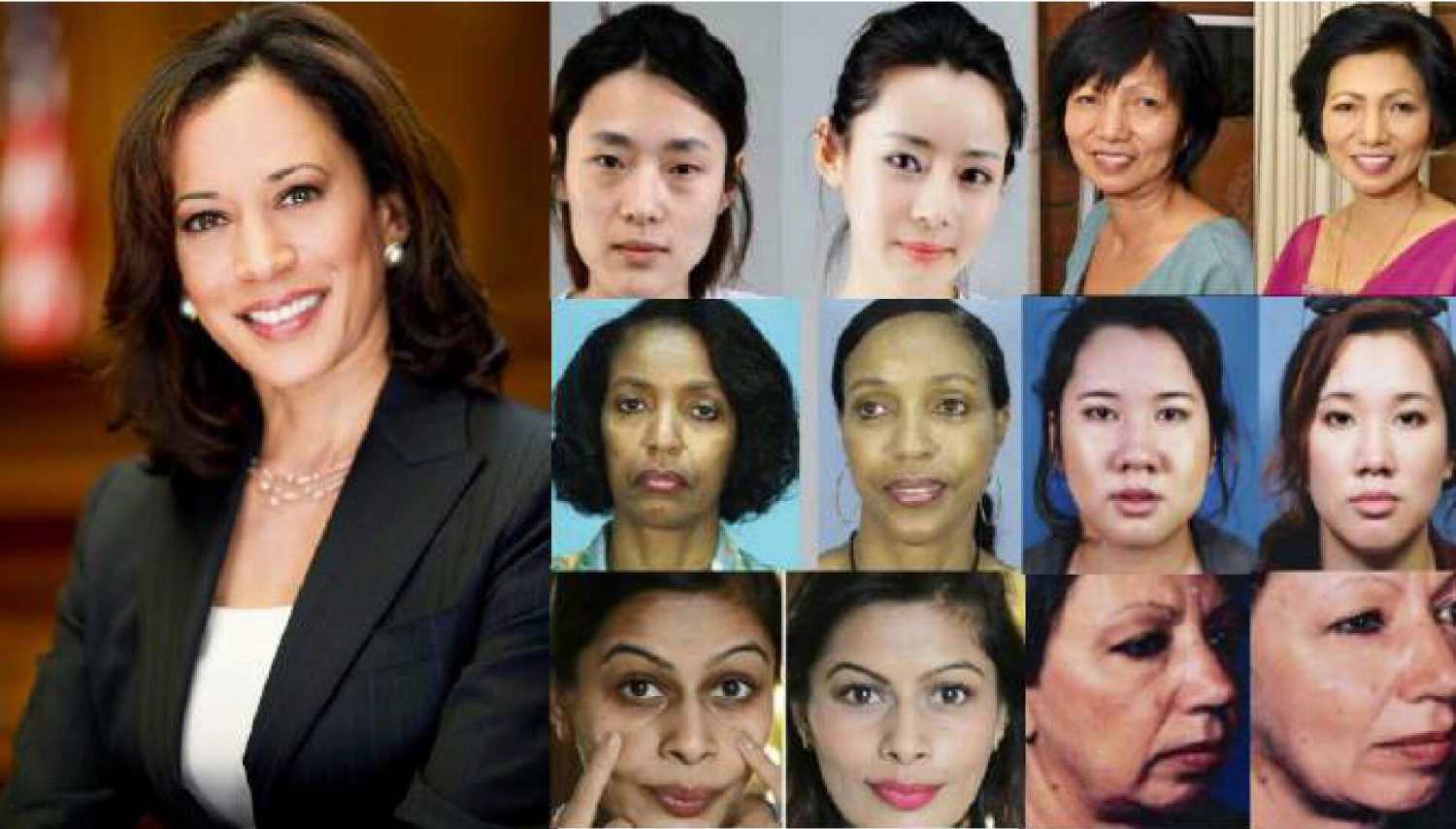 SAN FRANCISCO - Californer -- Aside from their famous American faces - Vice President Kamala Harris, Jennifer Lopez, Viola Davis, Kim Kardashian, Priyanka Chopra Jonas and Mario Lopez - all have the following in common...each one has an ethnic skin type that embraces the art of aging gracefully.

It's 2021 and America has never been more diverse in ethnicity, taking into consideration that in 2015, 38% of the US population identified itself as white as opposed to the 87% that identified as Caucasian in 1970 according to the US Census.

While America continues to mature with its ever-growing multi-ethnic population, there also has been a rise in facial cosmetic procedures to maintain the same youthful appearance as Hollywood's most glamorous over 40. According to anti-aging specialist and expert in the rejuvenation of ethnic skin types, Richard Haxton of Richard Haxton's Transformational Skin Solutions of Los Altos (http://www.SkinByHaxton.com), "Broader education and addressing the needs of ethnic skin types has been a major need for years."

Haxton, who pioneered some of the major developments in skincare came into the field while exploring options that could help him with his own problematic skin. Being prone to hyperpigmentation, Haxton's skin type fell into the same category as most ethnic skin types and realizing early on that the standards for the study were lacking on the skin of color - Haxton created various treatments and new techniques to address the needs of people of ethnic tones.

More on The Californer
"What's considered traditional procedures (laser resurfacing, plastic surgery and injectables) are just not options for an individual with an ethnic skin type," continues Haxton, "It can lead to the exact opposite of the desired result due to the sensitivity of the skin being more prone to scarring."

The reason may be deceivingly simple - each skin type has its own distinct characteristics and when it comes to ethnic skin types, there is more to consider than just melanin - the pigmentation quality that provides each of us with our own personal hue.

In skin of color, especially in Latinx, Asian, East Indian and Black skin of African descent; melanin is produced consistently and acts as one of the main protections against UV radiation.

The cells in the human epidermis that produce and distribute melanin, melanocytes, have long been studied in the field of skincare and beauty. In fact, it's not how many melanocytes a person has (we all have about the same amount), it's how active they are within the body.

Additionally, ethnic skin types have a much greater tendency to develop what is known as "keloid scarring" which occurs when scar tissue continues to build upon itself creating massive welt-like or mountainous growths. As Haxton states, "Regrettably, this can occur with cosmetic procedures [with facial procedures at the top of the list] as simple as getting a tattoo or having one's ears pierced. These situations can have life-long damages not only to one's skin but also to one's confidence - one's essence."

More on The Californer
According to the Skin of Color Society, by 2050 nearly 50% of the United States population will have skin of color which may be one of the major reasons The University of California San Francisco opened a "skin of color" dermatology clinic late 2018 to address the disparity of care for ethic skin types.

Being one of the few in the world that specialize in holistic techniques for ethnic skin types, Haxton is all too familiar with the shortage of experts, leading him to create proprietary and unique methods that are customized to ethnic skin. From Hollywood celebrities to tech professionals to the everyday individual - many in the Bay Area have sought out Haxton's organic treatments (which have been developed over 20 years) to rejuvenate their skin, look younger and feel better.

"Facial Sculpting [to reduce puffiness in the face], Radiance [to establish brightness in the skin] and Non-Surgical Facelifts [to rejuvenate the facial appearance] are treatments I designed specifically to prevent keloid scarring with my clients," shares Haxton, "Everyone's skin tells a story about their lifestyle - it's my calling to provide professional advice and personal treatment plans so my clients can feel they can put their best face forward."