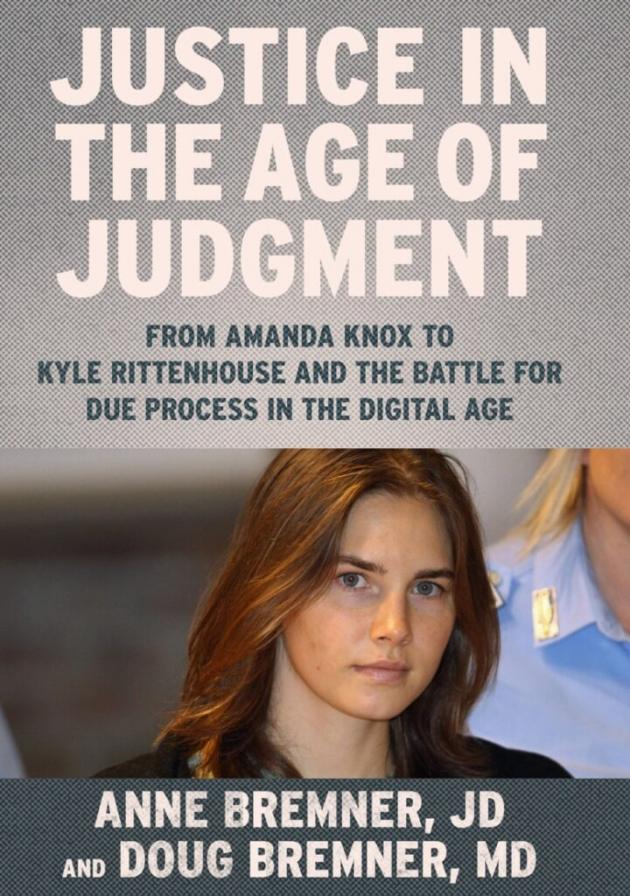 From Amanda Knox to Kyle Rittenhouse and the Battle for Due Process in the Digital Age
LOS ANGELES - Californer -- When unscrupulous Italian prosecutors waged an all-out war in the media and courtroom to wrongly convict American exchange student Amanda Knox for a murder she didn't commit, family and friends turned to renowned Seattle attorney and media legal analyst Anne Bremner to help win her freedom. The case was dubbed the trial of the decade and would coincide with the explosion of social media and a new era of trying cases in public as much as the courtroom. While Italian prosecutors, the press, and online lynch mobs convicted Knox in the court of public opinion, Bremner would draw upon her decades in the courtroom and in front of the camera to turn the tide with a new kind of defense in pursuit of justice.

Bremner, and her brother, Atlanta based professor at Emory University, filmmaker, and author Doug Bremner, MD, take us inside some of the biggest cases of recent times in Justice in the Age of Judgement, and offer their expert, thought-provoking insights and analysis as our legal system faces unprecedented forces fighting to tip the scales of justice their way. Why couldn't prosecutors convict O.J. Simpson despite all of the evidence seemingly proving he killed his wife Nicole? Could a jury Derek Chauvin for the murder of George Floyd? Why was Kyle Rittenhouse exonerated after shooting three people (killing two) with an assault rifle at a violent rally despite widespread media reports seemingly proving his guilt, and national calls for his conviction?

More on The Californer
Justice in the Age of Judgement delivers an unparalleled and unflinching look at the captivating cases tried on Twitter and TV, where the burden of proof and fundamental legal tenet of innocent until proven guilty is under assault from the court of public opinion.

Justice in the Age of Judgement is published by Skyhorse with a publication date of November 8, 2022, and is distributed and marketed by Simon and Schuster. For booking interviews and public appearances, please contact Jennifer Perry, Lone Wolf Communications, LLC.