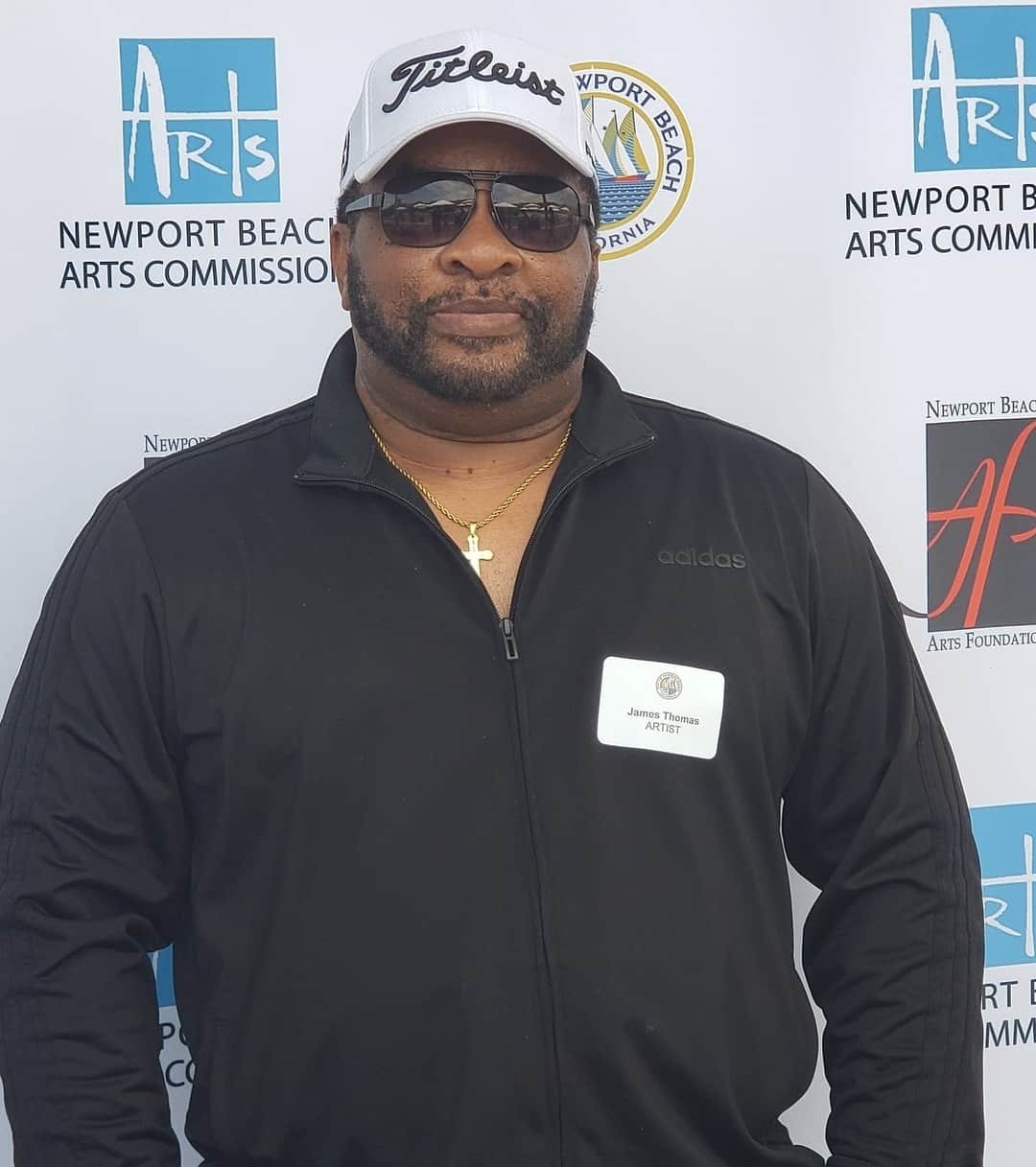 James Thomas Sr aka J. Thomas Luxury decided to offer his one of a kind painting for a million dollars because he could, and he truly believes it is a masterpiece.
PALOS VERDES PENINSULA, Calif. - Californer -- It takes some artist years to sell their first painting.  James Thomas sold his first art piece two weeks after he started.  For an unknown artist to sell a painting for $1,000 is a miracle, yet, Mr. Thomas has sold several paintings for one thousand dollars and more.  As if that was not enough, Thomas, aka J. Thomas Luxury decided to enter territory many artists are never invited to, let alone see.  The world of selling million dollars artwork.  "I was sitting around under Covid 19 self-quarantine trying to think of new ambitious ways to sell my art."  Said Thomas.  "My business as a newspaper owner was really struggling and I knew I had to come up with something extremely creative in order to survive this pandemic."  His idea was to create a painting and offer it for sale for a whopping $1,000,000.

More on The Californer
"I actually laughed at the thought at first, then I began to think, why not?  I know the passion that goes into my art and you can't put a price tag on passion."  Art is very subjective to the individual and I believe that if there are 5 Billion people in the world, there must be one person who will pay one million dollars for a J. Thomas Luxury Original Painting!

Art became a major part of his life after the murder of his brother in 2016 in South Central Los Angeles.  "I was never interested in Art." Thomas said recently.  "I can't even draw, however I found that when my love for music is fused with painting, I am transported to a world of creativity I never knew existed!! "I started listening to music while painting and just allowing my hands to create what the music made me feel.  The result was a spiritual experience and a new love for painting.
All my paintings are named after the song I listen to while creating and I absolutely love creating now!!
The "Million Dollar Masterpiece" is a 4ft x 6ft acrylic on canvas work inspired by the music of Lionel Richie, Adele, The Ohio Players and The Brooklyn Tabernacle Choir.

More on The Californer
Thomas had his first successful "Art and Wine Soiree" in June 2017.  He had a month long showing at the Anaheim Sheraton Resort in Anaheim, California.  His work has appeared at the Newport Beach Art Show, The Beverly Hills Art Festival, Culver City Arts Show, DTLA Art Show and prior to the Covid 19 pandemic his art was accepted into the prestigious "Pancake and Beer Art Show." He will be hosting his second virtual art show via ZOOM on August 15, 2020 at 8:00 pm (pst).
He proudly counts Superstar Mariah Carey, Tonya Renee Banks of Little Women of L.A. fame, Susie Franks of Lawry's Prime Rib in Beverly Hills, Actress Caryn Ward Ross, and several politicians, CEO's and entertainment industry executives as proud owners of his art.

Mr. Thomas is available for interviews.