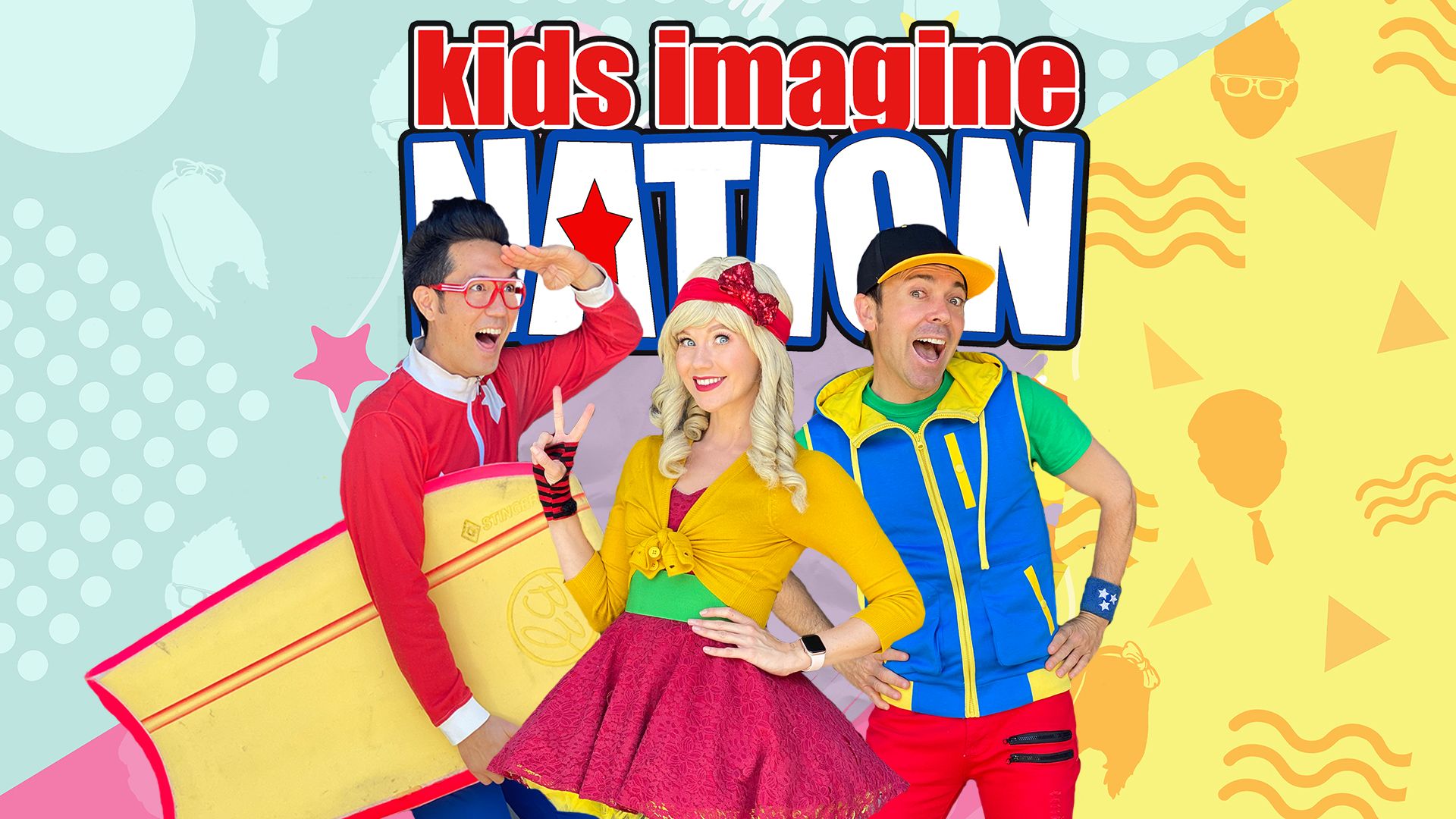 'KIN TV,' a subscription-based streaming service makes fun-education more accessible than ever for families, and provides them with an abundance of Early Childhood Entertainment to keep kids engaged
LOS ANGELES - Californer -- Los Angeles and Orange County-based Musical Troupe, Kids Imagine Nation, launched their newest project this month: KIN TV. Co-founded by Rachel Charest, Aaron Bertram, and Beatz (Vincent Walker); KIN specializes in the creation and performance of original live and pre-recorded family-music entertainment experiences. The group has performed at numerous locations with their educational, entertaining children's musical performances. From the Disneyland Resort, to Legoland California, and Santa's Village Theme Park- the group has brought their musical theatre background together with their expertise in children's teaching to create the perfect balance of entertainment and education.

KIN TV is a complete subscription-based streaming service created specifically around the need for accessible, family-friendly entertainment for young children. The platform offers a variety of facets: A 24-Hour Channel, On-Demand, Live Stream Offerings, and an Interactive feature. The 24-hour channel eliminates the parental fear of what ads are popping-up in between videos for their children. The channel provides exclusive KIN TV content such as morning routines for children to wake up to, Music Video countdowns featuring children's artists from around the world, special viewings of past Kids Imagine Nation Live Concerts, BedTime Stories, and more. Not only is there a 24-hour channel with a variety of content; but there is also an on-demand facet which provides subscribers with children's WebSeries, Music Videos, Educational Vignettes, Music Classes, Drawing Classes, Dance Classes, Original StoryTimes, DJ Dance Parties, and more.

More on The Californer
"We are so thrilled to be able to connect with our Kids Imagine Nation families from all around the U.S. and around the world through KIN TV", said Rachel Charest, "It brings us such joy to see the videos and photos we've already been tagged in online of our fans' experiences.  Watching the children's shocked reactions to us shouting them out during our Live Shows and classes... or when they spot their artwork pop up on screen creates so much magic for us on a daily basis." The group also hosts live shows throughout the week and around the Holidays, giving kids the chance to actively participate in real-time. Even more engaging, the platform has an interactive feature with a live-chat where both kids and their parents can pose and answer questions. Children are also able to submit their own artwork to be featured on screen during live storytimes. Aaron spoke about his love for his work, "I am having a blast getting to be creative every day and coming up with new CampFire stories. The kids provide the sound effects and interact along with the story as they see the sound icons pop up on screen … it's just pure, silly fun!"

Previously, the group produced four original albums; 'One', 'Two', 'Christmas Time Is Here' and 'Best Day Ever' and two EPs; 'Future Dinosaur' and 'Summer of Fun.' The group has performed live musical entertainment experiences at amusement parks, libraries, and other venues including The Disneyland Resort, LEGOLAND California, & Santa's Village. They also launched their first webseries on YouTube in 2017 which consisted of music videos and story episodes that followed Kids Imagine Nation on their educational adventures.

More on The Californer
For more information or to sign up for a subscription, please visit KINTV.LIVE.

Kids Imagine Nation, co-founded by Rachel Charest, Aaron Bertram, and Beatz (Vincent Walker), is a dynamic entertainment collective that specializes in the creation and performance of original live and pre-recorded family-music entertainment and educational experiences. Between each of the members, they have performed as singers, actors, & musicians at: The Disneyland Resort, Tokyo Disneyland Resort, LEGOLAND California, Universal Studios Hollywood, Knotts Berry Farm, SeaWorld, Santa's Village Theme Park, Pearson Park Amphitheatre, The Jerry Lewis Telethon, Numerous O2 Academy locations around Europe, Theaters, City Events, Libraries, & Schools.  Rachel & Aaron both bring their studies and experience with Early Childhood, Preschool Teaching, & Preschool Music Education to their video content and musical style as well. Both Aaron and Vincent are also prolific musicians who play a multitude of instruments, while both Rachel and Aaron have studied and performed in Musical Theatre for their entire lives.