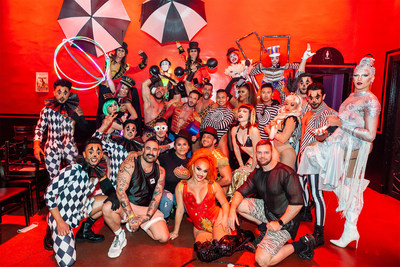 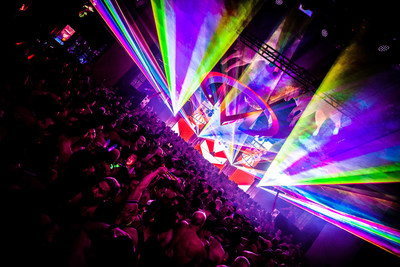 LOS ANGELES and NEW YORK, Nov. 28, 2022 /PRNewswire/ -- Masterbeat announced that tickets were already selling fast for the largest New Year's event it has ever planned – the 22nd annual Masterbeat 2023 weekend in Los Angeles. Marking the return of the most exciting LGBTQ+ New Year's celebration in the country, Masterbeat 2023 is a themed series of parties from December 30 through January 1st. Hosted out of multiple venues in two legendary cities, Masterbeat 2023 celebrates the hope and joy of the New Year with dancing, costumes, lasers, music by international superstar DJ's, and pure fun. This year's Masterbeat theme, Carnival, embodies the celebration of a New Year and the beautiful chaos that makes the carnival experience one of the world's most beloved parties.

"Our New Year's celebration is going to be our biggest event yet," said Masterbeat. "Starting in L.A. and ending in New York, we are transforming four incredible venues and nightclubs into a giant Carnival, dialing the volume up way past 10 with our signature production of 3D LED visuals, lasers, superstar DJs, concert sound, special performances, surprise guests, and the hottest dancers from across the globe. It's a gyrating, glittering, pulsing, pounding, laser-light extravaganza that bangs from coast-to-coast. And we can't wait to see you there!"

More on The Californer
Masterbeat 2023 – A Masquerade and Disco Ball at The Belasco, L.A.

The weekend kickoffs within the gorgeous majesty of a multilevel "Masquerade" as Masterbeat takes over The Belasco. Filling the art-deco theater with lights and music, "Masquerade" will feature tunes from two international superstar DJs: GSP and legendary remixer, Sagi Kariv. At the same time, Masterbeat will host a party-within-a-party – "The Disco Ball" – featuring the retro sounds of DJ collective, Bears in Space, and DJ Heidi Lawden upstairs in the Ballroom. This opening event runs from 9 p.m. to 4 a.m. PST on Friday, 12/30.

Masterbeat 2023 – The Carnival Main Event at the Mayan Theater, L.A.

Set in the largest nightclub in L.A., the Masterbeat 2023 main event is a nine-hour musical journey from Grammy-nominated DJ duo Rosabel (Ralphi Rosario and Abel Aguilera) along with performances from international dancers and live acts. The evening rounds out with Masterbeat's incredible countdown to midnight: a video montage featuring all of the highlights of the past year, set to the year's biggest dance tracks. Following the main event will be L.A.'s biggest after-hours party, "XXX: Red Light District," at Hollywood's Academy LA, hosted by DJ Tom Stephan. The main event takes place on Saturday, 12/31, from 9 p.m. to 6 a.m. PST. The afterparty takes place on Saturday night through Sunday morning (12/31 – 1/1) from

"The Neon Circus" closes the weekend in LA, featuring the highly anticipated return of DJ Grind who will be spinning alongside Grammy-winner Tony Moran at Hollywood's number one nightclub: Avalon. Join the giant glowing circus on Sunday, 1/1, from 9 p.m. to 4 a.m. PST.

And finally, the weekend rounds out with an all-new nighttime event on New Year's Day at NYC's mega-club, Terminal 5, from 10 p.m. to 5 a.m. ET. The New Year kicks off with 3000 of the hottest guys from around the world, all dancing to tunes from DJ Sagi Kariv who is joined by international house DJ Karsten Sollors, for an all-night musical journey complete with special surprises and guest performances.

For an in-depth look and schedule of all the New Year's weekend events on both coasts, along with ticket and VIP ticket information, visit Masterbeat online. And check out photos and videos of party highlights by following Masterbeat on social media: Instagram, Twitter, Facebook.

SOURCE Masterbeat
Filed Under: Business
0 Comments
Latest on The Californer