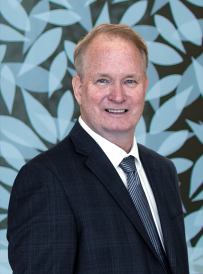 McCarty is a veteran trial lawyer with more than 30 years of experience under his belt, having represented both employers and workers. While he started out as a defense lawyer in the first five years of his career, he saw greater potential to help workers who have been wronged. In 1993, he became a plaintiffs' attorney fighting to seek justice for employees.

McCarty said he derives great satisfaction from being a passionate advocate representing and upholding the rights of those who have been unlawfully subjected to mistreatment in the workplace.

Among his career highlights is his involvement in the toxic tort cases led by Erin Brockovich that inspired an Oscar-winning movie. McCarty was also the lead lawyer on the toxic tort Clark Foam wrongful death case that took the surfing world by storm. In addition, he has handled elder abuse, medical malpractice, construction defects, sexual abuse, and other types of personal injury and business litigation.

More on The Californer
McCarty will be a valuable addition to Bisnar Chase's ever-growing team of highly proficient lawyers, said Brian Chase, the firm's senior partner.

"We feel fortunate to have an employment attorney of John's caliber," he said. "He reflects the passion as well as compassion our team members have for clients who often come to us as they experience some of the most challenging times in their lives. I'm confident that a lawyer of John's experience, expertise, and wisdom will be able to help our team excel, and take the fight for our clients' rights to the next level."

Bisnar Chase represents victims injured by defective products and by acts of negligence. The firm has been featured on a number of popular media outlets including Newsweek, Fox, NBC, and ABC, and is known for its passionate pursuit of results for their clients. Since 1978, Bisnar Chase has recovered hundreds of millions of dollars for victims and their families. For more information, please call 800-561-4887 or visit http://www.BestAttorney.com for a free consultation. We are located at 1301 Dove Street #120, Newport Beach, CA 92660.