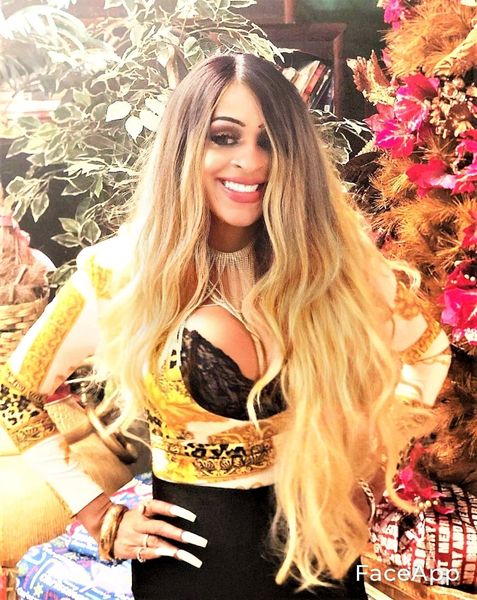 Rap Mothers Dianna Boss and Candy Strother DeVore-Mitchell, filmed on the Red Carpet with KURUPT of DPG alongside the beautiful all female group "X" as featured performers . . .
HOLLYWOOD, Calif. - Californer -- Candy Strother DeVore-Mitchell, Entrepreneur, Owner, Chair, Executive Producer, Creator, Actress, and Vocal Performer of Faces of Rap Mothers Enterprise is happy to announce her vocal group had an opportunity to join KURUPT on the Red Carpet during a mainstream LA event.

Candy Strother DeVore-Mitchell stated, "Aminata (Schmahl) Butterfly (musical artist and wife of Peter Gunz) from Love and Hip Hop: New York belted out many great songs during this event - It was dope and special to spend time with KURUPT.

Faces of Rap Mothers Film and Reality Show, slated for 2023 release, has our friends, associates, affiliates, members, sponsors, and fans really looking forward. Our film is certain to deliver an engaging and fun Friday Night Popcorn type result . . . perhaps more!  Walter Franks, III - a seasoned veteran filmmaker - is our director and scriptwriter. Actor Omar Gooding is joining in the fun as we move our no-to-low budget film among like-minded industry veterans are pitching in to create something that can benefit community and Faces of Rap Mothers as we strive to raise the bar in 2023.

More on The Californer
KINGTHARAPPER, Face of Rap Mother's Owner Candy's son, received invitation as a board executive for Universal Studio Pictures Entertainment. He has been Universal Music Group's (UMG) producer. Not to be outdone, Candy's daughter, HONEY with her vocal group "X", has the #1 requested song in the United Kingdom. X collaborated with Jon Jon of Troop gaining a qualitative result.

All the newest hits from these ladies are being released by Capitol Records UMG in Hollywood California . . . to get a taste visit these links:

PERFORMANCES / VIDEO: MUSIC TO REVIEW: SAMPLE OF HONEY OF X: