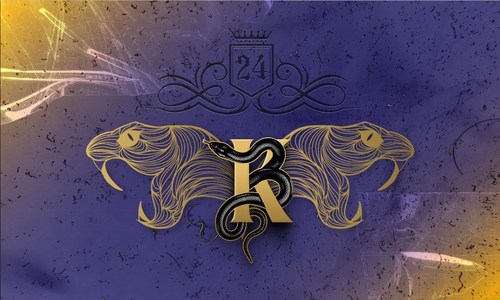 LOS ANGELES, Sept. 15, 2021 /PRNewswire/ -- Within just 48 hours of announcing the creation of the KB24 NFT, the team behind the Kobe Bryant inspired project shared via Discord that they already reached 7,000 reservation requests. The site began a rollout of presale code reservations to lucky fans who signed up on KB24.com before Sept. 13, 2021. The KB24 NFT art collection is on track to sell out instantly within seconds of the launch and raise a projected $3 million for the Mamba & Mambacita Sports Foundation, as well as break records in secondary market sales that will raise even more money for the foundation. If the KB24 NFT can orchestrate and continue their marketing and growth efforts and follow the success of other NFT projects, such as Bored Apes and CryptoPunks, they may very well reach eight figures in residual revenues fairly quickly.

KB24.com was once Kobe Bryant's official website, first launched in 2006. It housed his forum, dropped limited edition merch, and was used to update Kobe's fans. The team behind KB24 is rooted in lifelong Kobe fans who are digital entrepreneurs and market disruptors, specializing in launching startups across multiple spaces by leveraging influencer and viral marketing. The team purchased KB24.com in an aftermarket sale with no intention of an NFT, but rather to create digital memorabilia of their childhood idol so that they can hold onto it forever.

More on The Californer
"After consulting with multiple mentors we dedicated ourselves and our marketing and design team to fully focus on launching The KB24 NFT," a representative from the KB24 team said. "We put all projects and responsibilities on hold, and reached out to everyone we know that can help the KB24 NFT reach its full potential. We formed a superteam of resources and marketing power."

The team's goal for this project is solely to donate to a charitable cause in honor of the Bryant family, as 100% of all proceeds and revenues from the sale of The KB24 NFT will be donated to the Mamba & Mambacita Sports Foundation. In addition, all residual fees on The KB24 NFT will be donated, such that if a fan ever sells their art, all of the residual fees of the sale price will automatically be donated to the foundation as well — something not possible with traditional charitable sales. Being at the forefront of this type of innovative charitable work allows the KB24 NFT to experiment and create a project that will live on forever, and to positively impact kids and families through the Mamba & Mambacita Sports Foundation. The KB24 NFT can serve as an example for what's possible when traditional non-profit and charitable organization spaces are disrupted, and instead one-time such events make a perpetual impact.

More on The Californer
The KB24 NFT highlights Kobe's great achievements and allows fans to be a part of it. Each NFT will be 100% unique by combining different attributes that represent Kobe's achievements, moments in his career, or personality.The KB24 NFT team sees this project living forever and being interchanged between Kobe fans finding their favorite moment with the Lakes legend, and with being able to access the Kobe wall that will be hosted publicly, allowing NFT holders to upload their favorite photo or tribute to Kobe and have it be viewed forever by fans visiting his website.

The KB24 NFT team is offering Kobe Bryant fans more opportunities to get in on the presale via contests announced daily on their Discord channel, which has grown tremendously since the NFT was announced last Friday. The KB24 NFT team also announced on Discord that they will be releasing the first sneak peak of the NFT art in the next 48 hours.

SOURCE KB24
Filed Under: Business
0 Comments
Latest on The Californer