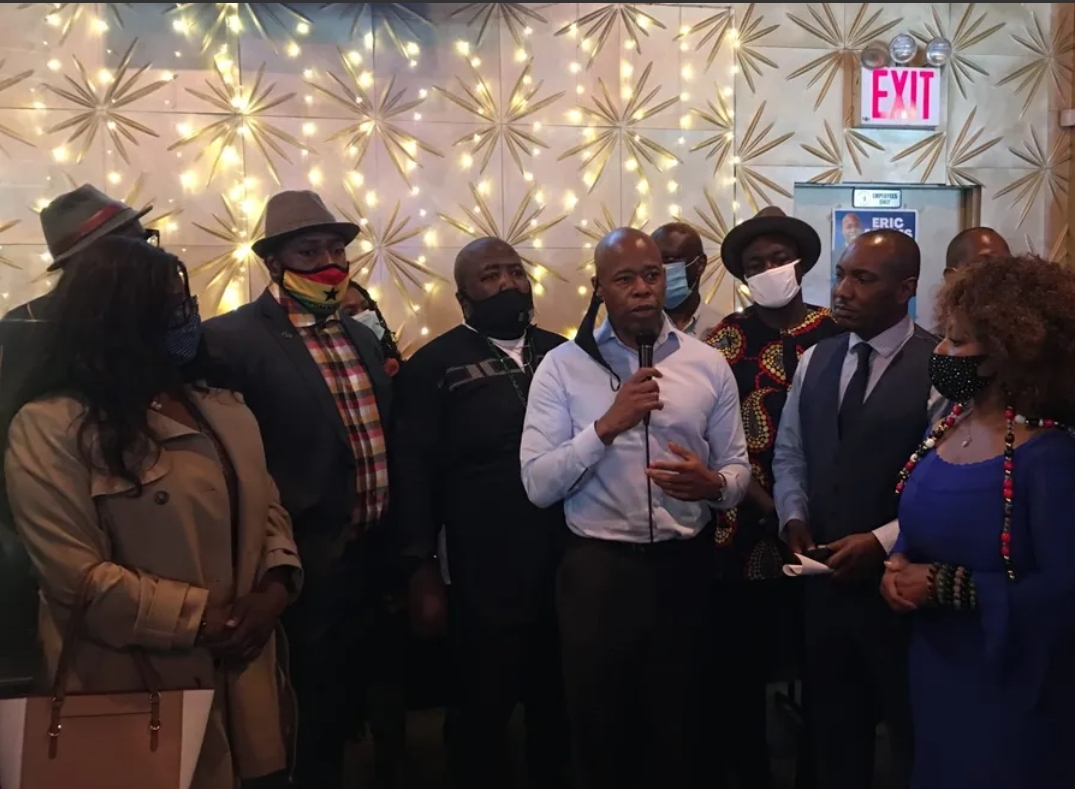 BROOKLYN, N.Y. - Californer -- Adebayo Adewumi, owner of Brooklyn restaurant staple, Amarachi, is taking his support for NYC mayor candidate Eric Adams to the next level. The African Entrepreneur New York, Nigerian American Public Affairs Committee (USA), Supported by NYC African Council, Olivia Nantango and Minister Gbenga hosted a successful meet and greet at Amarachi where Adewumi got behind the effort. Sheikh Musa's call for 100 African families to donate $175 to the campaign of Front Runner Eric Adams...An effort that could raise up to 150,000 for the campaign. The African CLUB-56, a bi-product of NYC African Council supported, African Rapid Relief Mobilization ( ARRM), headed by Sheikh Musa Drammeh. According to Sheikh Musa, in Africa, it always takes a village to do things collectively. This is why African Immigrants in New York City have decided to pool a minimum of 100 families to donate $175 each to Eric Adams' campaign. "We may be out of Africa but Africa can never be out of us." This hundred families pool is in addition to all other individual donations with various amounts. Jerry Kwabena Adinkra, and the late Community advocate and African Cultural Ambassador Jonathan Adewumi, the initiators of African Heritage Affairs at (International Day of Friendship, Aug.2017), with the blessing of Eric Adams a few years back to act as a body serving the general interest for the African immigrants community in Brooklyn and New York City . Joseph Adewumi promising to keep his Brother's legacy alive teamed up with Jerry Kwabena Adinkra to support this drive.

More on The Californer
To donate to the cause visit Www.africaclub56.com

You can also visit the restaurant at 189 Bridge street Brooklyn NY 11201 Wednesday May 12th to register to vote during their voters drive 5pm-8pm hosted by XtremeVibeTV and Mondesir Media & Communication.