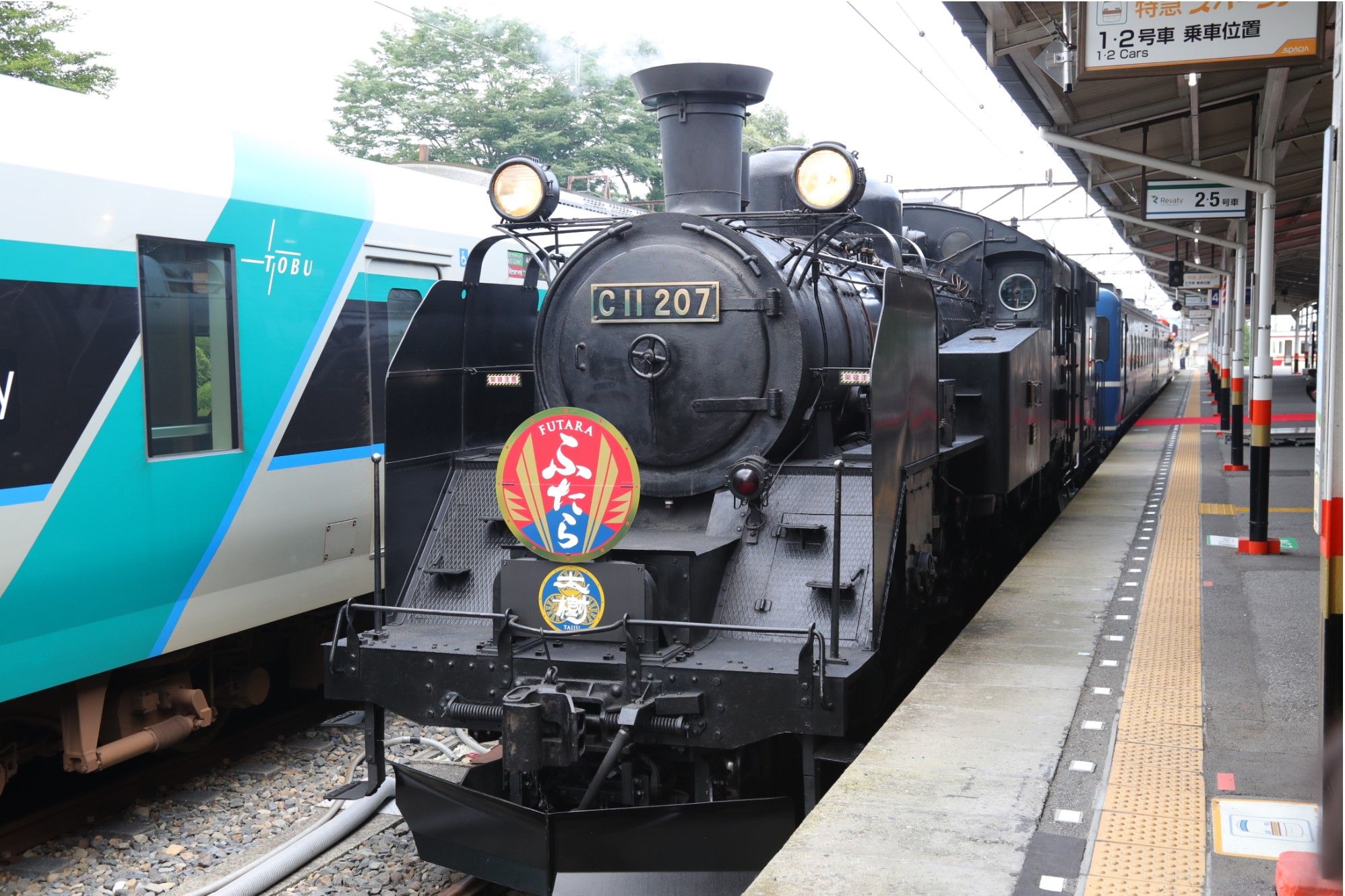 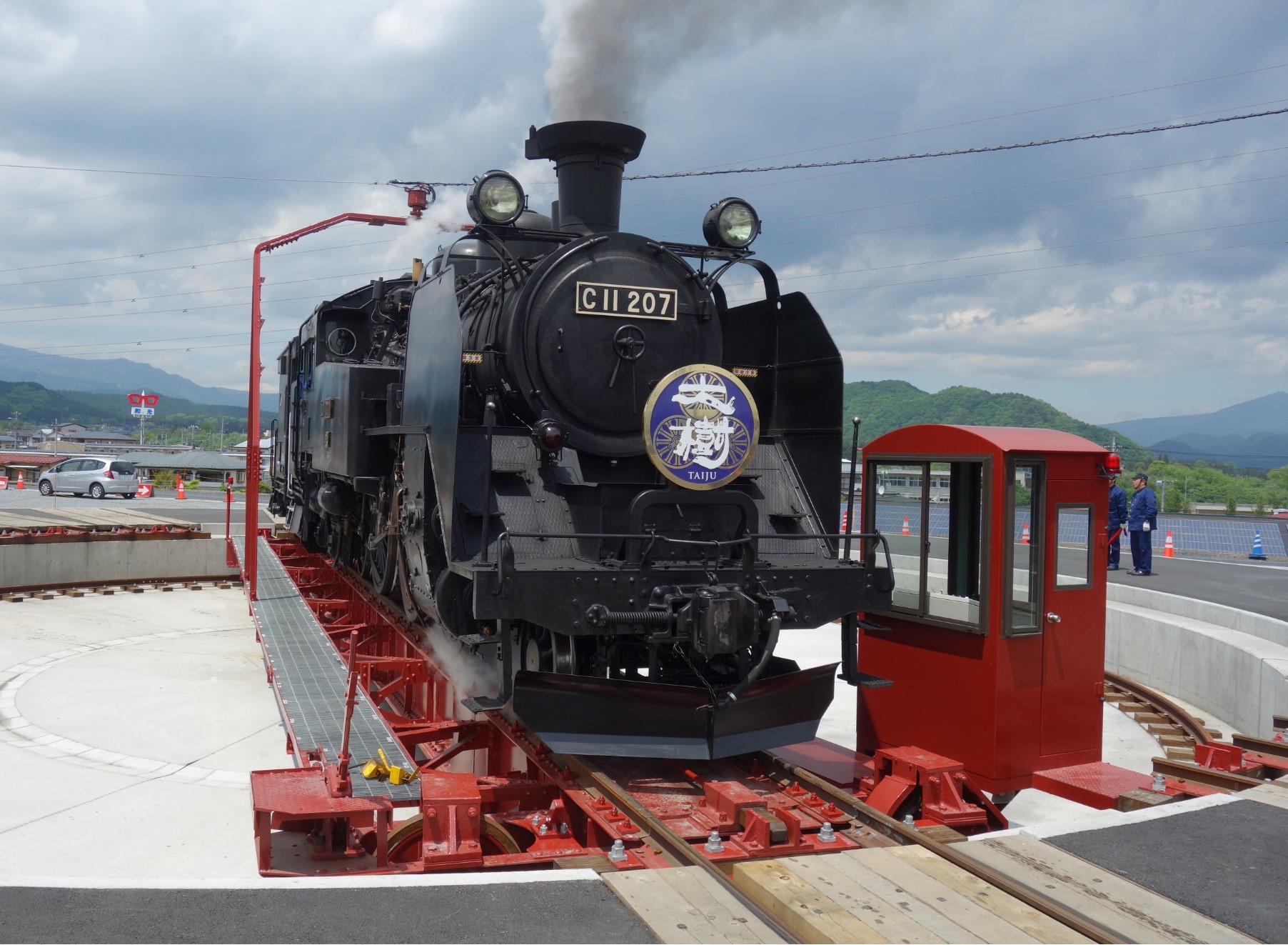 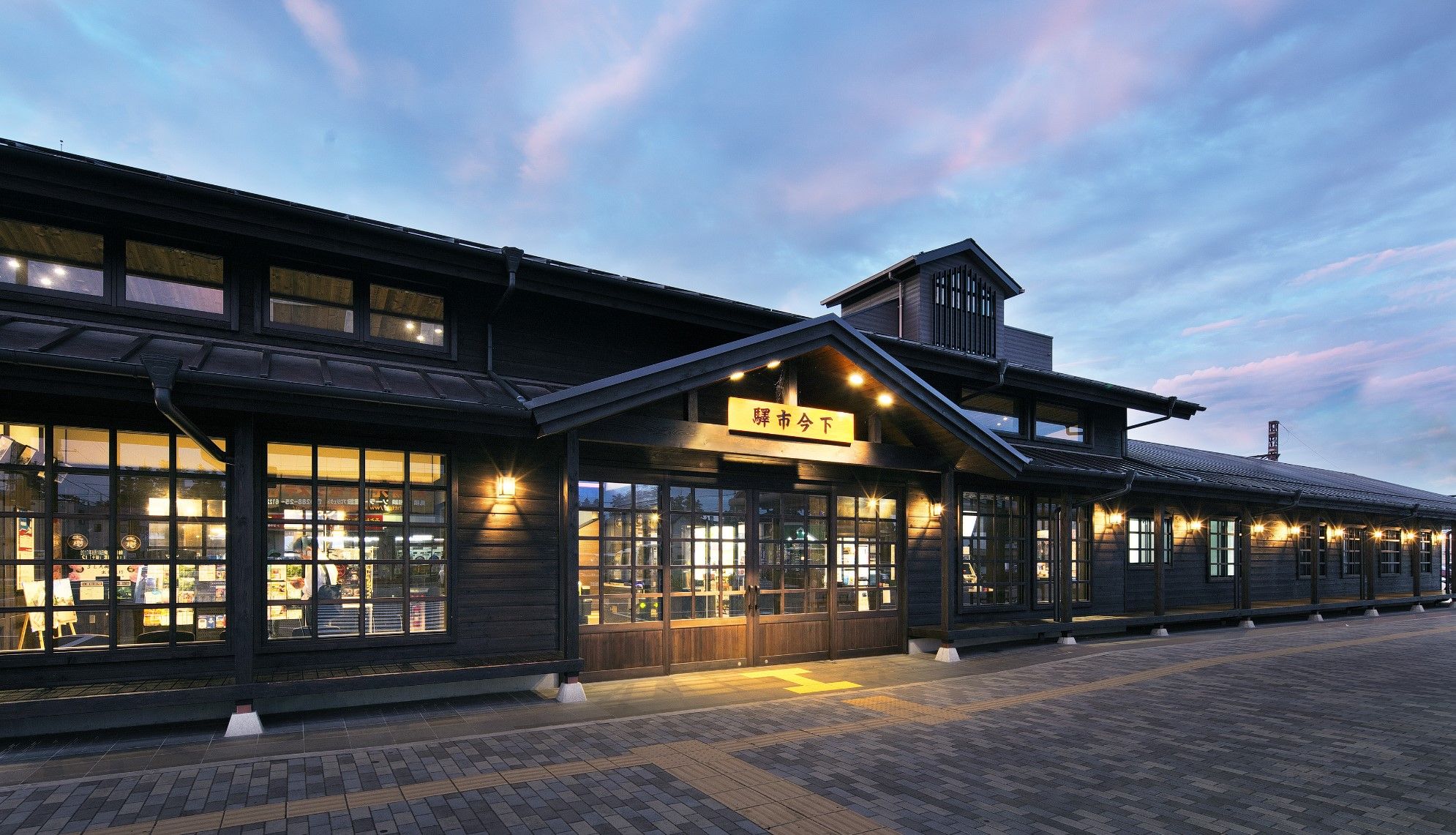 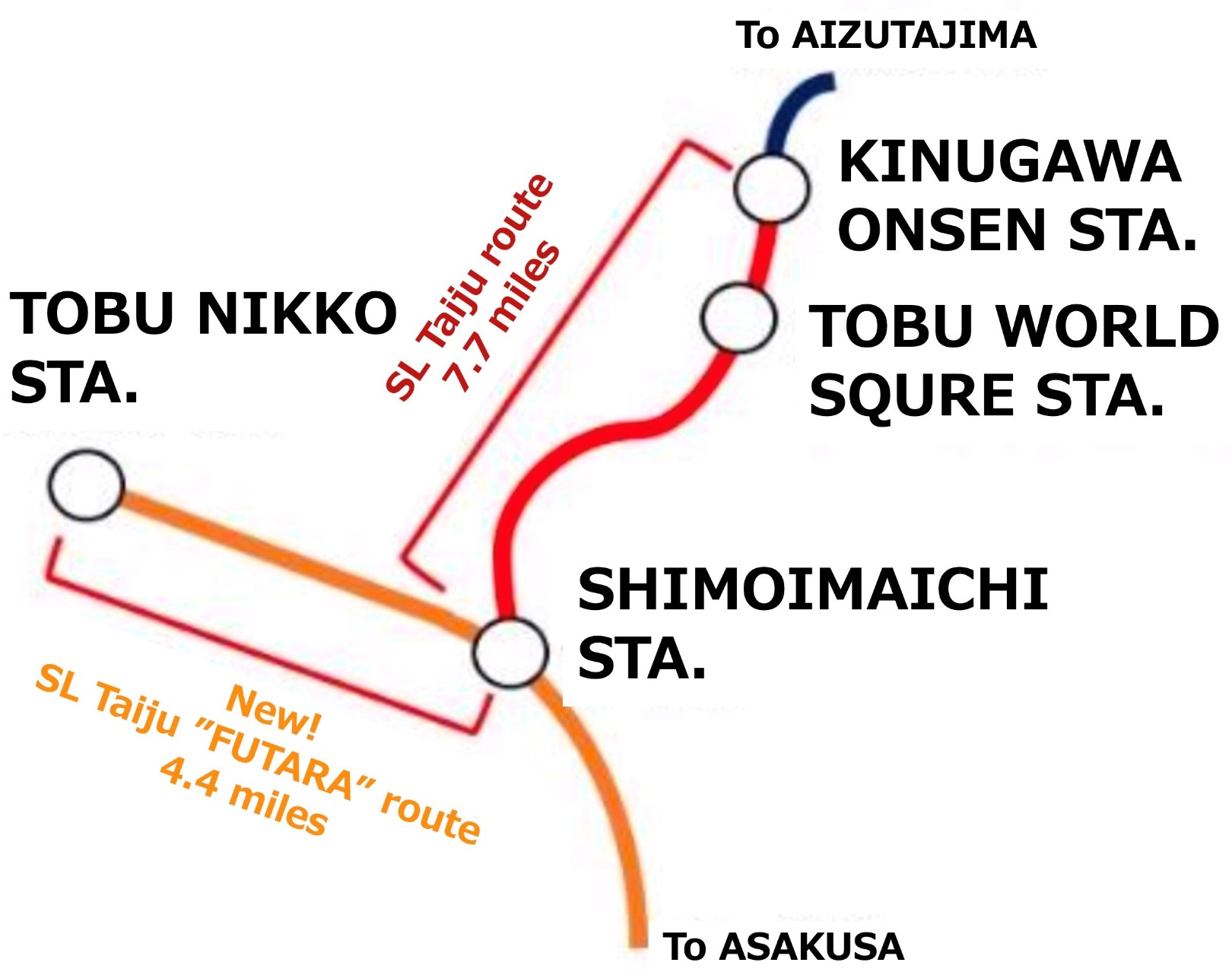 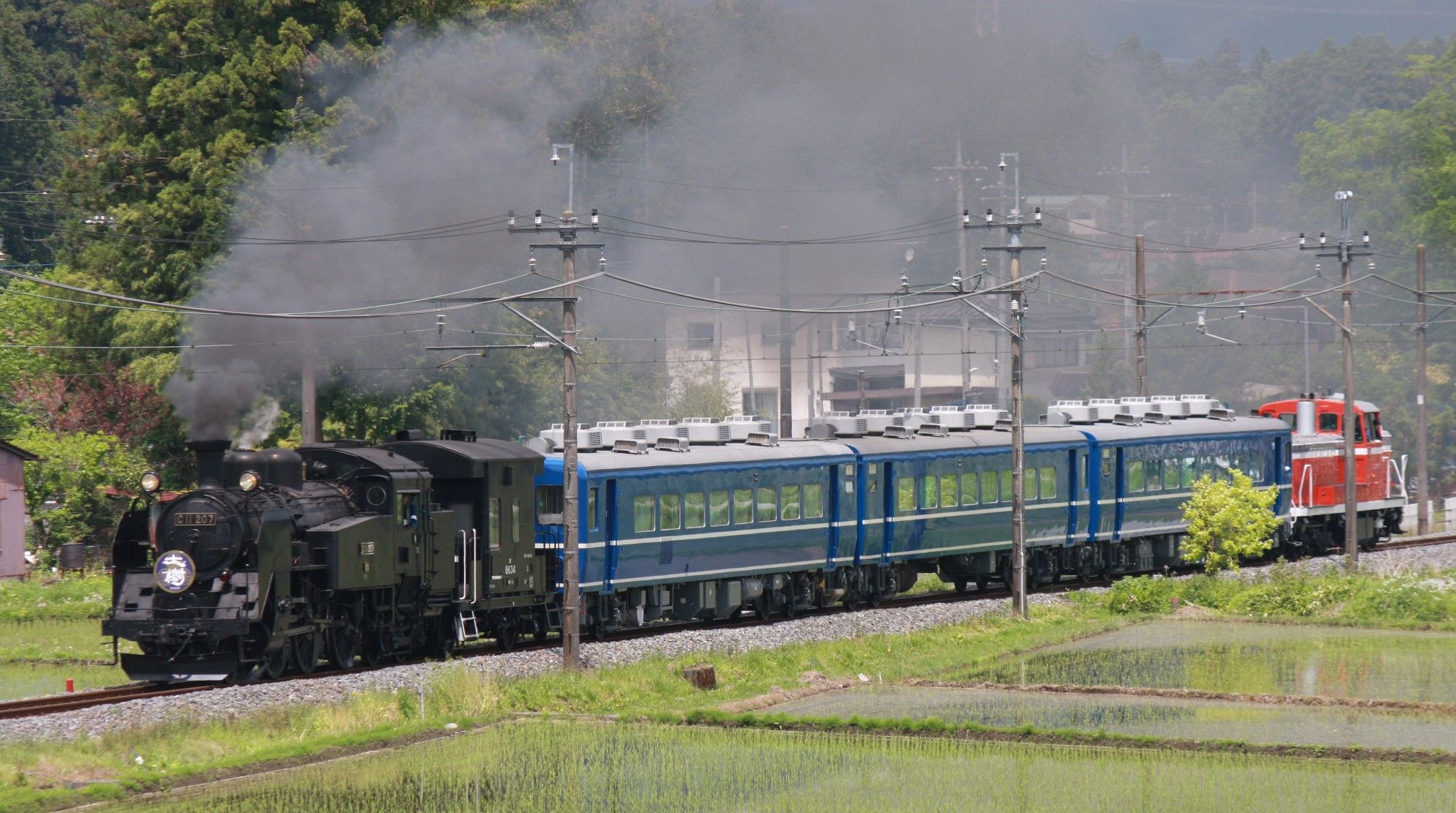 The New Service Will Operate Between Shimo-imaichi and Tobu Nikko Station From October 2020.
NIKKO, Japan - Californer -- From October 2020, Tobu Railways will begin operating a new monthly run of their nostalgic, three-passenger car, steam locomotive, SL Taiju Futara. The train will shuttle between Tobu Nikko Station and Shimo-imaichi Station (4.4 miles;17-23 minutes), both in the Nikko area of Tochigi Prefecture, about two hours north of Tokyo. Since August 2017, Taiju has been chugging along the 7.7 mile stretch between Shimo-imaichi and Kinugawa- Onsen stations. But the shorter route is new.

Shimo-imaichi Station, the starting point of SL Taiju line, attracts visitors with its retro atmosphere reminiscent of the days when steam lines were the only form of train travel. Inside the station, there is a gallery, an exhibition hall, an old overpass that has become a cultural heritage of the railway industry, and a turning platform plaza, where travelers can see the steam locomotive up close, making it a popular tourist attraction in the area.

The name SL Taiju Futara is derived from Mt. Futara, the former name of Mt. Nantai – the tallest mountain in Oku Nikko (Deep wilderness Nikko). Using the historic name reminisces and reflects on both the natural beauty and cultural history of the greater Nikko region.

More on The Californer
More About Nikko
Oku Nikko has long been a sacred place for mountain worship. Its monumental, pristine landscape on the shores of Lake Chuzenji, Japan's highest altitude lake, beckons tourists, who want to experience the gifts of mother nature and the excitement of active adventure. In central Nikko, UNESCO world heritage sites, such as Nikko Toshogu Shrine, which enshrines the first shogun, Tokugawa Ieyasu; Futarasan Shrine; and Rinnoji Temple have attracted both pilgrims and tourists since bygone days. The area is also renowned for natural, therapeutic hot springs. Kinugawa- Onsen, especially, boasts 40 inns and hotels. Family attractions abound as well, including Tobu World Square, featuring replicas of the world's famous landmarks and Edo Wonderland Nikko Edomura, an exciting samurai era theme park along the Tobu Kinugawa Line.

The Nikko area has always been popular for its abundant leisure facilities, and the expansion of SL Taiju "Futara," will be just another reason to escape from Tokyo and relax and enjoy the open air, the mineral rich waters, and Shinto and Zen culture.

For Images and Other Media Materials:  https://www.mynewsdesk.com/tobu-railway

About Tobu Railways
TOBU Railway Company, Ltd. is a major Japanese corporation consisting of approximately 90 companies. The Tobu Railways cover the longest operating distance in Metropolitan Tokyo, leading to numerous tourist attractions including: Asakusa and TOKYO SKYTREE TOWN in Tokyo; Nikko and Kinugawa- Onsen, famous for its world heritage sites and hot springs; the Tatebayashi and Ashikaga areas, known for their blooming flower fields; and Kawagoe, where the atmosphere of the old Edo era lives on. Tobu is also invested in a portfolio of hotels, including the newly opened The Ritz-Carlton, Nikko and Nikko Fufu Resort opening later in 2020.