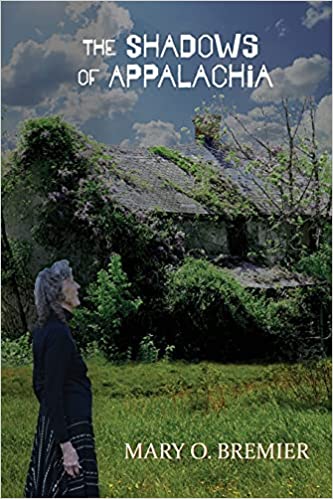 New Literary Memoir is an Empathetic Exploration Appalachian Culture
SANTA MONICA, Calif. - Californer -- For the last several years the literary world has been focused on the question. J.D. Vance's Hillbilly Elegy, the release of which was concurrent with the rise of Donald Trump, asserted that the hillbilly culture itself went a long way in explaining what is wrong in working-class America. Eliza Griswold won the Pulitzer Prize for Nonfiction with Amity and Prosperity: exploring the predicament of rural America can be traced to corporate wrongdoing.

Mary Bremier's just-released memoir The Shadows of Appalachia is more literary and less polemical than either of these bestsellers.

Born in 1928, Mary Bremier has a remarkably keen eye, both for the beauty of her natural world and the telling details of human frailty. The Shadows of Appalachia has a deft, musical voice that recalls the regional dialect as well as the songs, sayings, and prayers that shaped her Depression-era childhood. Her gentle irony lays bare the mindset of her hardworking, proud, ignorant, doomed-to-failure, beloved Appalachian family.

More on The Californer
The Shadows of Appalachia explores the Appalachian culture with empathy, a rich cast of characters, and some laugh-out-loud humor.

This is a book about the power of language, and how education offers a route out and away from the limitations of narrow-mindedness. Young Mary, silenced and shamed by her mother, is also crippled by dyslexia. Her unconventional education results in her facile, engaging ability to play with words, and reveals how Mary ultimately thrives.

After the tragic loss of her husband and young daughter, Mary returns to Appalachia to resolve her conflict with her painful past, her family's shortcomings, and the death of a way of life.

Mary Bremier was born in 1928 in the southern Virginia foothills of the Appalachian Mountains.

Mary attended one-room country schools in the early grades. Mary had difficulty learning to read, a problem that plagued her for years before she discovered she was dyslexic.

Mary and her husband George, and daughter, Celia, moved to Washington, DC. where George and Celia died in a car crash. Soon after, she moved to California.

More on The Californer
Mary has taught reading to students in American University in Washington, DC, Colegio Roosevelt in Lima, Peru, Berea College, and in the L. A. School and Community College Districts.

For information or review copies contact Biff Barnes of Stories To Tell.