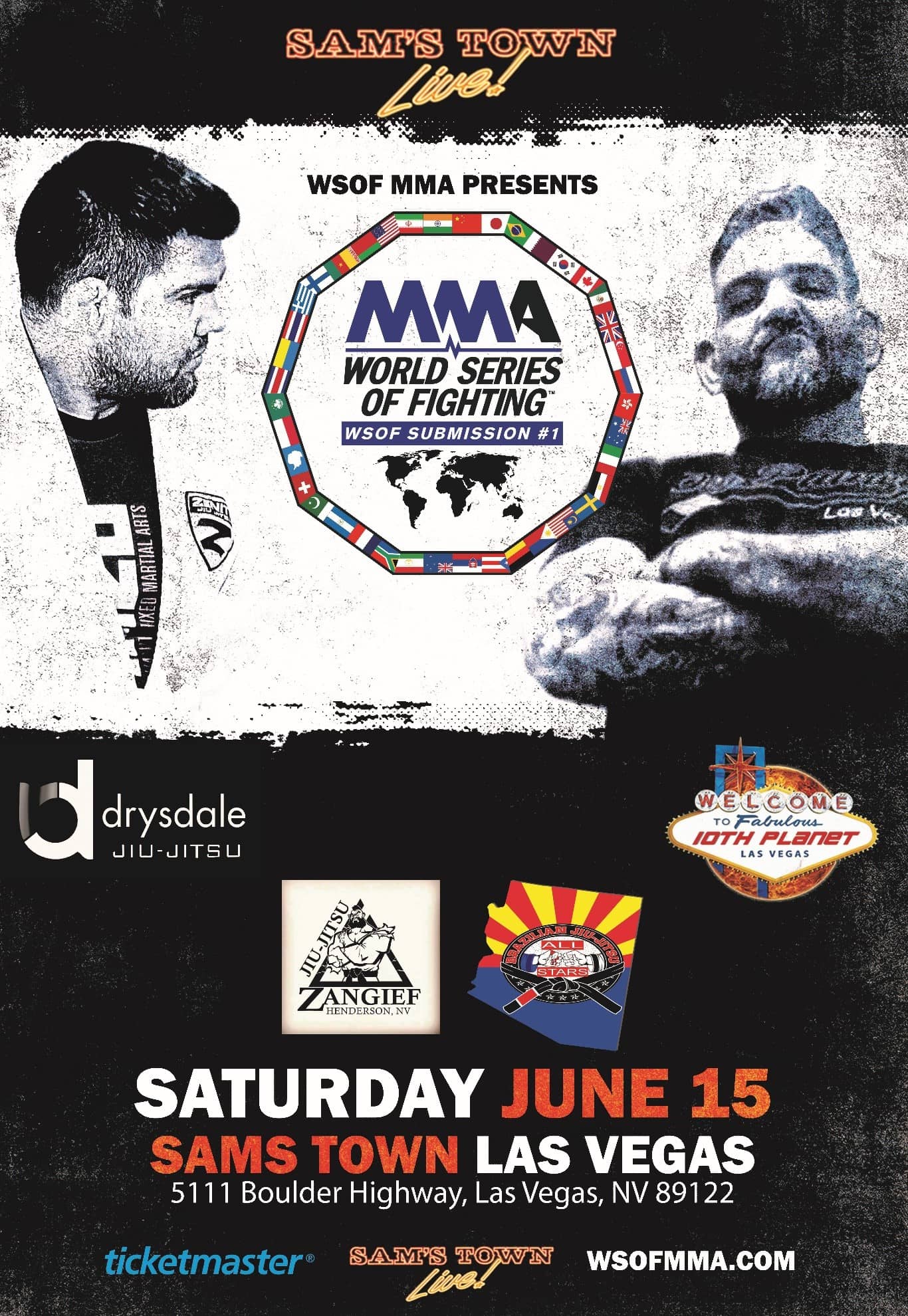 LAS VEGAS - May 17, 2019 - Californer -- The first incursion of the World Series of Fighting into the world of grappling marks the return of WSOF to its birthplace, the fight capital of the world, Las Vegas on June 15th!  WSOF: Submission 1 will not only have single head-to-head super-fights, but the main event will consist of a team-based competition between four teams competing at the highest levels of grappling.

"The last few years we have focused our attention on the global market and have been very successful in scouting and promoting the best MMA fighters worldwide for our Global Championship.  Meanwhile our local fans in Las Vegas are hungry for more local events and we are honored to fulfill the demand! We are excited to showcase some of the most talented grappling fighters in our Submission 1 event with the goal of a regional, national and international submission series", quoted Shawn Wright, President of WSOF Global.

More on The Californer
Las Vegas local legend Robert Drysdale and his team from Drysdale Jiu-Jitsu will feature world-renowned athletic talent including Max Rohskopf and Rafael Domingos. The team from 10th Planet Jiu-Jitsu, coached by blackbelt Casey Halstead, will be showcasing the highly talented grapplers Andy Varela and Kyle Bohem. Professional MMA fighter and blackbelt Gabriel "Zangief" Checco will captain a team of fighters from Nevada and California.  Captain and blackbelt Corey Mullis from Arizona will lead his team from Legion MMA in Phoenix called the The Arizona BJJ All Stars.

More on The Californer
World Series of Fighting also boasts a video library of over 600 MMA videos from dozens of organizations on six continents. You can watch all of these events via our website at www.WSOFmma.com, via our Vimeo page: WSOF Global, or on our Roku channel: WSOF Global!