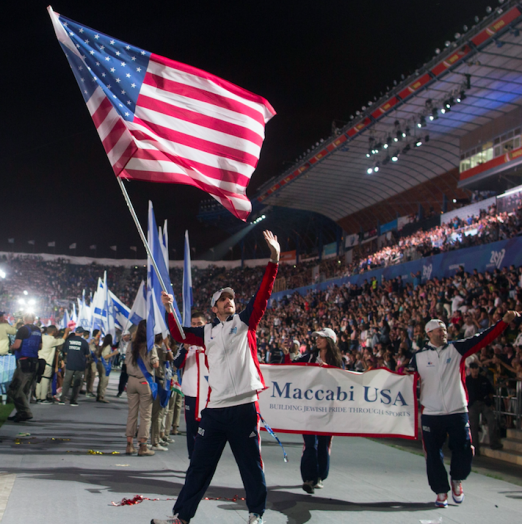 "We are excited to have Zack lead us as we defend our Gold Medal in Israel at the 21stMaccabiah," stated Rudzinsky, "he always played with grit, toughness and passion and now Zack brings that competitive spirit and deep knowledge of the game to coaching!"

Test's youth rugby accolades include a California state high school title, followed by selection to the USA Rugby U19 side for the World Championship in Ireland and the U20 side for the World Championship in Wales. During this time Test attended Loughborough University in England on a rugby scholarship. Test began his USA 7's career at age 18 and went on to represent Team USA in the 7's world series, the 7's World Cup, and the 2016 Rio Summer Olympics. His tremendous success in 7's led to him being selected for the 15's Eagles where he played in the 2015 Rugby World Cup. Test's career ended abruptly in 2017 after he suffered a serious brain injury during a USA Test match vs. Uruguay. At the time, Test was the leading try scorer and the leader in appearances in USA 7's history.

"It is an honor to lead such a historic and passionate program," stated Test, "I am excited for the journey ahead of defending all the hard work of the 2017 team but also writing a new chapter in USA Maccabiah Rugby history."

About the Maccabiah
The first Maccabiah was held in in Ramat Gan in 1932 with 390 athletes from 18 countries taking part. Traditionally held every four years, interrupted only by the Second World War, by 2017 the Games had grown to include nearly 10,000 Jewish athletes from more than 75 countries competing in 40 sports, making it the third largest international sporting event in the world following only the Olympics and the FIFA World Cup. The Maccabi USA delegation to the 20th Maccabiah in the summer of 2017 numbered 1,131 members, the largest traveling delegation in the history of not just Jewish sporting events but all international multi-sport competitions.

More on The Californer
About Maccabi USA
Maccabi USA (MUSA) is a federally-recognized not-for-profit 501(c)(3) Organization with an extensive history of enriching Jewish lives through athletic, cultural and educational programs. The Organization is the official sponsor of the United States Team to the World Maccabiah Games, and the Pan American and European Maccabi Games, as well as a sponsor of the JCC Maccabi Games for teens in North America. As the official Maccabi representative in the U.S., Maccabi USA supports Jewish athletic endeavors, enhanced by cultural and educational activities in the United States, Israel and throughout the Diaspora.

MUSA develops, promotes and supports international, national and regional athletic-based activities and facilities.  It strives to provide Jewish athletes all over the world the opportunity to share their heritage and customs in competitive athletic settings.  MUSA supports programs that embody the Maccabi ideals of Jewish Continuity, Zionism and Excellence in Sport.  Maccabi USA Builds Jewish Pride Through Sports.